Visitors to this years International Police Expo will be able to see how a new text messaging service is helping to tackle two of the biggest behaviour problems in UK schools  anti-social behaviour and truancy.

Visitors to this years International Police Expo will be able to see how a new text messaging service is helping to tackle two of the biggest behaviour problems in UK schools  anti-social behaviour and truancy.

Truancy Call Ltd will be at the Expo to demonstrate their Text Someone system, which gives pupils the opportunity to report incidents of bullying, theft, crime or any unwanted behaviour, in confidence, 24 hours a day, seven days a week by text message, email or voice message.

The company will also be exhibiting the Truancy Call package, which allows schools to implement first-day contact with parents of absentees via SMS text, voice calling and email. However, neither system requires investment by schools in new telephone systems, additional phone lines or a new computer.

Whenever a pupil sends a message, it will automatically appear on the Text Someone system in the school, with staff alerted to this by email or a text message. A member of school staff can securely log onto the system to see all of the messages reported by pupils, reply to the message and enter the appropriate notes next to the message, providing historic details of what happened after an incident was reported.

Bedfordshire Police has provided the funding for Text Someone to be installed in local schools to support the role of the forces School Liaison Officers in tackling bullying and the issues which can arise as a result, such as truancy, poor performance or even self-harm.

Charlie Whiteside, the forces Community Relations and Youth Issues Adviser, said: Bedfordshire Police are dedicated to reducing incidents of crime surrounding young people and Text Someone can help us in this provision. Not only does it encourage children to speak out against bullying, but also about other incidents that may be concerning them. Text Someone will help us to spot potential problems fast and enable schools to involve the right personnel to deal with them.

Truancy Call, which now sends over two million messages a year to the parents of absentees, enables schools to tackle unauthorised absence. Once registration is completed and a child is marked as absent with no explanation, the system automatically calls, texts or emails parents until a response is received. Once a response is received no further calls that day are made.

The system also helps to safeguard pupil welfare as both parents and the school are aware as soon as a child is missing. Text messages, emails and voice messages sent by parents explaining why their child is absent are timed and dated and will appear automatically next to the childs records.

Stephen Clarke, Managing Director of Truancy Call Limited, said: Bedfordshire Police are leading the way by recognising that technology can assist in the battle against bullying. Using technology can enable the schools and police to react quickly to truants and bullying. In the long term this will result in less police time dealing with the repercussions of such incidents.

The International Police Expo takes place at the Birmingham NEC, from May 9-11. 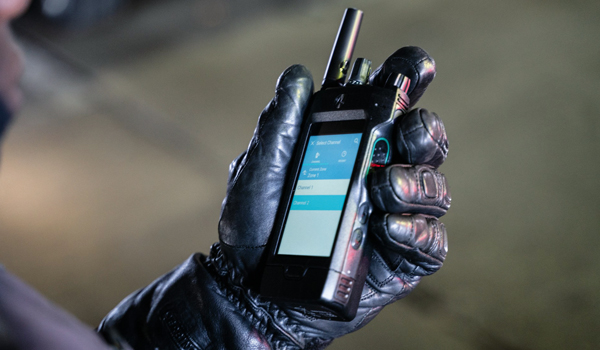 The need for information-led policing