Four people have been arrested after anti-terrorist officers thwarted a plot to bring down a plane. 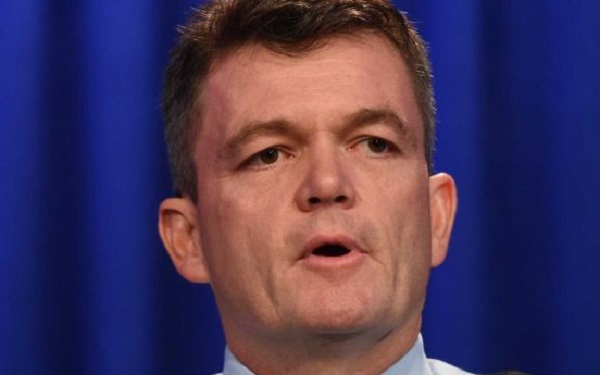 Four people have been arrested after anti-terrorist officers thwarted a plot to bring down a plane. Airport security has been tightened in all major international and domestic terminals across Australia. Five properties in Sydney were being searched on Monday (July 31) as Australian Federal Police Commissioner Andrew Colvin said details were scant on the specifics of the intended attack, location and timing. He would only confirm a continuing investigation with additional security for Sydney airport as a result of the plot. Dozens of officers wearing gas masks stormed an inner-Sydney house before an explosives team found a suspicious device. The operation is being led by the Australian Federal Police, New South Wales Police and the Australian Security Intelligence Organisation, the country`s main domestic surveillance agency. “In recent days, law enforcement has become aware of information that suggested some people in Sydney were planning to commit a terrorist attack using an improvised device,” said Mr Colvin. “We are investigating information indicating the aviation industry was potentially a target of that attack.” Justice Minister Michael Keenan said the plot was the 13th significant threat disrupted by law enforcement agencies since Australia`s terror threat level was elevated in 2014. Five attacks have been committed. “The primary threat to Australia still remains lone actors, but these latest events remind us that there is still the ability for people to have sophisticated plots and sophisticated attacks still remain a real threat,” Mr Keenan said. Deakin University security expert Greg Barton said the first plot to target aircraft in Australia was a “pretty big threshold moment”. The plotters were apparently making a peroxide-based explosive device rather than using nitrate-based chemicals that can be detected by airport security swab tests, he said. Manchester Arena bomber Salman Abedi used such a peroxide-based explosive, triacetone triperoxide, better known as TATP, to kill 22 concert-goers on May 22. “TATP`s called Mother of Satan because it often kills the bomb maker because it`s very unstable as it`s mixed,” Mr Barton said. “But if it`s mixed well, it can be very potent and a small amount can be enough to bring an aircraft down if it`s done very, very expertly.” He said the plan most likely was to take the explosive on board in hand luggage unless there was a baggage handler involved who could ensure that a stowed bomb exploded near the fuselage where it would be most damaging. “The speculation is that the bombers would like to put it in carry-on luggage so they can be sure of getting it placed near the fuselage skin,” Mr Barton said, adding however that putting something in a suitcase was “a lottery whether it ends up near the outside of the luggage hold or packed near the middle”. Prime Minister Malcolm Turnbull advised travellers in Australia to arrive at airports earlier than usual  two hours before departure  to allow for extra security screening, and minimise carry-on baggage.