The senior national coordinator for Protect and Prepare has warned that the threat from terrorism in Britain remains “very real” and is “harder to stop than it has ever been”. 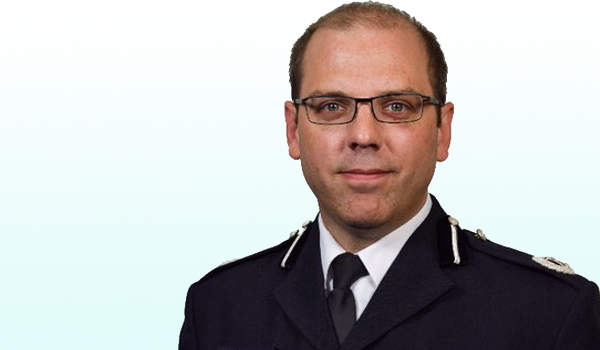 Matt Twist, who has just been promoted to assistant commissioner at the Metropolitan Police Service (MPS), said that at any one time there are 800 live counter-terror investigations, with 32 terrorist attacks stopped over the past five years.

The UK terrorism threat level remains at ‘substantial’ – meaning an attack is likely.

Addressing this week’s global counter terror and serious and organised crime summit at the International Security Expo at London’s Olympia, he said many less sophisticated plots were often “harder to spot and therefore harder to stop”.

Mr Twist said the assessment currently is that the terrorist threat is primarily from self-initiated terrorists who are “difficult to detect and can be volatile”.

“The most likely methods of attack remain low sophistication – using knives or vehicles,” he said. “However we have to remain alert for more complex methods and plots.”

Mr Twist said there was also a “disturbing trend” of people becoming radicalised online, and he was not sure “if we have seen the full implications of this yet”.

Mental ill-health was also an increasingly prominent feature in many cases, including many individuals with “weaker or even mixed ideological elements”.

And the young age of some of the suspects being investigated was of “concern”, he said, with an increasing number of under-18s being arrested for terrorist offences.

World events also impact the security of the UK, Mr Twist added, warning that “we are yet to fully understand the strategic implications for the future domestic counter-terrorism threat of the withdrawal of coalition forces from Afghanistan”.

Looking back on Operation London Bridge, the largest ever ceremonial operation for the funeral and national mourning period of Queen Elizabeth II, Mr Twist said counter-terror police received more than 800 reports of suspicious activity from the public – reaching the monthly average in the space of just ten days. Around one in eight had “generated useful information”, said Mr Twist.

Four people were also referred for prosecution by police for flying drones during the period after the Queen’s death.

Forty drone flights were detected across London alone,  said Mr Twist. Most pilots identified were “hobbyists making innocent mistakes” but a minority were reported “based on what they were trying to do,” he added.

The State Funeral of The Queen marked the “final and most complex phase” of what is regarded as the biggest policing and security operation the UK has ever seen.

The MPS described it as the “largest policing operation in its history”.

The success of the operation, which was “the biggest no-notice event in the country”, ended up representing the “very best” of police and their partners, said Mr Twist.

It was also “our largest ever deployment of hostile vehicle mitigation equipment”, he added.

Mr Twist will join Deputy Assistant Commissioner Barbara Gray on the MPS’s Management Board after both were appointed as assistant commissioners this week.

Ms Gray will become the assistant commissioner for professionalism.

Assistant Commissioner Louisa Rolfe will move from her current role leading MPS operations to take on responsibility for frontline policing.

Professor Lawrence Sherman will also join the MPS as its first chief scientific officer (CSO) and adviser to the board. Professor Sherman will provide independent and expert advice on science, technology and research methods to inform decision-making across the MPS.

The Management Board will play a key role in taking forward the ambitious reforms set out by Commissioner Sir Mark Rowley as the MPS works to deliver “more trust, less crime and high standards” for Londoners.

The MPS said the CSO will start on October 1, with the assistant commissioner appointments starting from October 10.

Mr Twist joined the MPS in 1996 as a police constable assigned to Kensington and Chelsea. He has spent the vast majority of his service in operational roles including emergency response, Special Branch and firearms.

Mr Twist served at Surrey Police for three years as a chief superintendent between 2013 and 2016 in roles including head of investigations, divisional commander and temporary assistant chief constable.

He returned to the MPS in May 2016 as commander for firearms and the taskforce. He was promoted to deputy assistant commissioner in April 2018 and has performed a number of important roles, including serving as the MPS’s Gold commander for the response to Covid-19.

Ms Gray joined the police in Northern Ireland in 1989. She has considerable operational experience as a nationally qualified public order commander, firearms commander and multi-agency Gold incident commander. She served in many areas across Northern Ireland and was the operations manager in North and West Belfast during a time of the most contentious and serious disorder experienced for many years.

Ms Gray became the first woman to be appointed as commander in Specialist Operations Branch and went on to become the first female assistant chief constable in the Police Service of Northern Ireland’s Operational Support department and then the Crime Operations Department.

Professor Sherman began his career in police research in the New York City Police Department in 1971.

Since then, he has conducted or designed field research and experiments in more than 30 police agencies across five continents, including the MPS and the Australian Federal Police.

His research on policing has received honours from eight universities and seven scientific societies. He has served as president of both the American and International Societies of Criminology.

More recently, Professor Sherman was the director of the Cambridge Centre for Evidence-Based Policing and the Wolfson Professor of Criminology Emeritus at the University of Cambridge.