The changing face of “unsophisticated” terror attacks on the UK has forced a fast-tracked re-evaluation of the judicial response to reflect the serious nature of today`s plotters. 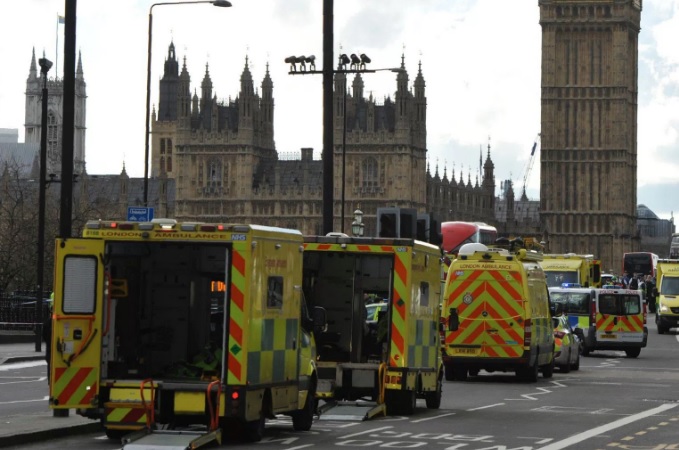 The changing face of “unsophisticated” terror attacks on the UK has forced a fast-tracked re-evaluation of the judicial response to reflect the serious nature of today`s plotters. In its first comprehensive review of terrorist offences, the judicial body which promotes consistency across the courts has recommended tougher punishments, particularly for those convicted of preparing acts of violence or helping others. The consultation, published on Thursday (October 12) by the Sentencing Council, suggests acting against plots that are in their very early stages or instances where an offender has given only minor assistance to a potential attacker. Using social media to spread terror messages and encrypted communications to avoid detection should both count as “aggravating factors” in the severity of any offence, says the Council. The new guidelines are consistent with the existing maximum sentence of life with a minimum term of 40 years, but the proposals are likely to lead to increased punishments for cases at the lower end of the scale. The Council`s draft guidelines call for a sentencing range for the lowest-level crimes of between three to six years, compared with 21 months to five years under the existing guidance. Initially, in the absence of sentencing guidelines for terrorism offences, the Court of Appeal gave guidance for sentences imposed under section 5 Terrorism Act 2006. This was intended to assist courts to achieve consistency when sentencing these very serious cases which vary hugely in nature. The Council said it had “worked effectively for sentencing preparation cases up until now”, but the changing nature of offending requires that the guidance be reconsidered. Work on the new guidelines began last year but their publication has been brought forward in the wake of five terrorist attacks on UK soil this year  at Westminster, Manchester Arena, London Bridge, Finsbury Park and Parsons Green. Given the heightened terrorist threat, the Council said, it decided to accelerate production of its guidelines. These latest acts of terrorism have involved far less sophisticated methods, many using motor vehicles, or knives, with devastating effects, the Council added. The availability of extremist material online had led to people becoming self-radicalised. When considering these actions in the current climate, where a terrorist act could be planned in a very short time using readily available items as weapons, the Council says, and …where acts of terrorism can be committed by many rather than a few highly-organised individuals, these offences are more serious than they have previously been perceived. Among factors which might reduce the culpability of an offender, it is suggested, is where someone has engaged in very limited preparation of terrorist activity or provided only limited help, assistance or encouragement. As a result of the recent terrorist attacks the Council felt it important to expedite the project in order to produce a package of guidelines as soon as possible. Lord Justice Treacy, chairman of the Sentencing Council, said: We want to ensure that courts have comprehensive guidance for dealing with these extremely serious cases. Offences vary greatly and could include someone who tries to make a bomb, another who urges others to join a terrorist organisation or a group plotting a murderous attack on the public. Our proposed guidelines set out a clear approach to dealing with this wide range of offences to ensure appropriate sentences are passed to punish offenders and disrupt their activities. Our proposed guidelines are now subject to a public consultation to which anyone can respond. The Government has already taken steps to toughen sentences for terrorism offences. In August, ministers added 19 terror-related offences to the scheme that allows sentences to be challenged if they are considered to be unduly lenient. And earlier this month Home Secretary Amber Rudd announced plans for harsher penalties of up to 15