Terror hero officers recognised as the pride of Britain

Three hero officers who helped protect the public from terror attacks have been honoured for their outstanding bravery. 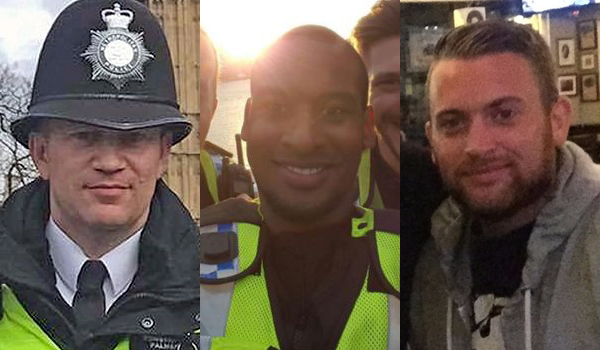 Three hero officers who helped protect the public from terror attacks have been honoured for their outstanding bravery. Police Constables Keith Palmer, Charlie Guenigault and Wayne Marques will all be recognised at the upcoming Pride of Britain Awards on November 7. Both PCs Guenigault and Marques sustained serious injuries while fighting off terrorists in the June attack on London Bridge, while PC Palmer gave his life defending Westminster Palace in March. PC Guenigault, from the Metropolitan Police Service (MPS), was off-duty when the incident unfurled and ran to the aid of PC Marques, from British Transport Police (BTP), who was defending himself with just his baton. BTP Chief Constable Paul Crowther said: None of us know how we would react if faced with a situation like that, but I know that if I could be even half as brave as Wayne was that night, Id be proud to call myself a police officer. I am extremely proud of Wayne for his bravery and his actions. He epitomises the finest traditions of policing, and he is truly the pride of Britain. MPS Deputy Commissioner Craig Mackey said: Today we celebrate Keith and Charlie. I am proud to work in an organisation that can call these men colleagues. They are everyday heroes. I am proud to see them recognised for these qualities by the Pride of Britain Awards.