Money laundering, immigration offences, assault and possession of Class A drugs have prompted arrests in the biggest security crackdown in the Wimbledon Championships 140-year history. 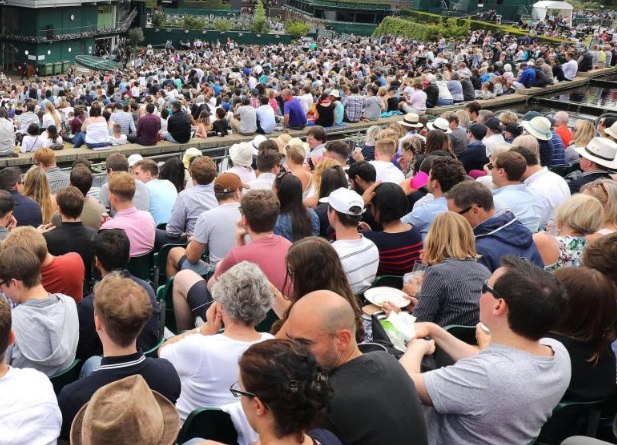 Money laundering, immigration offences, assault and possession of Class A drugs have prompted arrests in the biggest security crackdown in the Wimbledon Championships 140-year history. Armed police and roadblocks formed a ring of steel as the All England Club and Metropolitan Police Service (MPS) took unprecedented steps to prevent the biggest event in tennis falling victim to a suicide bomber or vehicle attack over the last fortnight. Events such as last weekend`s British Grand Prix and the recent Royal Ascot have been subject to higher-than-ever security during the countrys biggest sporting summer since the 2012 Olympics. As a result of the heightened response to the terror atrocities in Manchester and London, it is thought that the relatively trouble-free tournament has gone off more “peacefully”. With Roger Federer claiming a record eighth men`s title on Sunday (July 16), a total of 19 reports of crime have been made with nine arrests. One man was arrested for alleged money-laundering, related to ticket touting, and another was held for alleged immigration offences. There was also one arrest for alleged shoplifting and possession of class A drugs, one for two counts of actual bodily harm and affray, one for assault, three for possession of a pointed/bladed article and one for a public order offence. The figures relate to arrests for incidents alleged to have taken place at the grounds of the All England Club. One incident last Wednesday (July 12) attracted more attention when a man was arrested after attacking a woman on Henman Hill following Andy Murrays quarter-final defeat to American Sam Querrey. The assault, in which a nine-year-old girl was also hurt, came five minutes after the world No 1 was sent crashing out of the tournament. Henman Hill was packed for the clash with Querrey, who won in five sets. Temperatures rose above 20C and attendance reached 38,348, almost 2,000 more than on the same day last year. The woman was taken to hospital for neck injuries. The girl was treated at the scene after getting caught up in the row. At one point the man, in his twenties, pushed the woman over. He has accepted a caution from the MPS. Last month it was announced that in the light the recent terror attacks in the UK, security around the Wimbledon Championships faced a “continual and thorough” review process.