A 16-year-old has admitted causing serious injuries to a police dog that was repeatedly hit over the head with a machete. 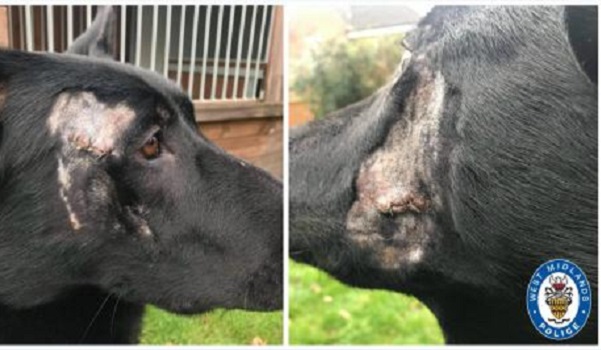 Birmingham Youth Court was told the boy rained down more than 20 blows on West Midlands Police dog Stark, leaving his handler fearing the animal would be killed.

The youth, who cannot be named because of his age, admitted causing unnecessary suffering to Stark and possessing a machete in a public place.

Stark suffered wounds to either side of his head, while on the trail of suspected burglars with Police Constable Paul Hopley at 4am on Saturday, November 14, at an allotment site in Handsworth.

Opening the facts of the case, prosecutor Angela Hallam said the three-year-old dog was injured after someone tried to run from the scene.

Ms Hallam said: “PC Hopley identified himself as a police officer but [the boy] continued to run.

“The officer could see him repeatedly striking the dog with what he initially thought was a stick, to his head and body.”

She added: “The male struck him in excess of 20 times and as the officer got closer he could see it was actually a machete.

“Despite being told numerous times to put the weapon down he continued to swing the machete wildly.”

Ms Hallam said the youth was then taken to the ground by PC Hopley, who thought “that this young defendant was going to kill Police Dog Stark and that it was only by good fortune that he escaped with the injuries”.

Stark, a German shepherd and Belgian Malinois cross, was sedated and underwent surgery to stitch together nasty wounds on either side of his face.

Police have previously said the blade narrowly missed Stark’s right eye but he is expected to make a full recovery.