A 17-year-old girl who “wanted to become a martyr” hatched a terror plot involving hand grenades and a firearm after marrying an Islamic State fighter over Skype, a court has heard. 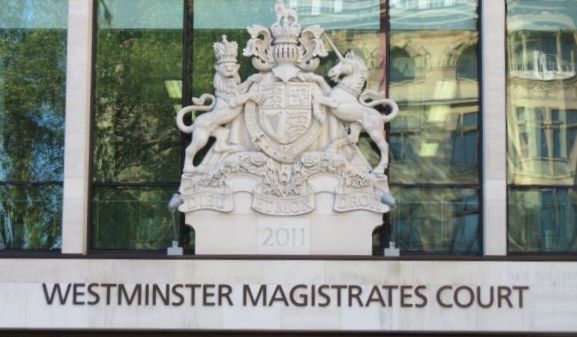 A 17-year-old girl who “wanted to become a martyr” hatched a terror plot involving hand grenades and a firearm after marrying an Islamic State fighter over Skype, a court has heard. The London teenager allegedly received instructions” on how to use the weapons and asked for help in carrying out the attack. The girl, who cannot be named for legal reasons appeared at Westminster Magistrates Court on Wednesday (July 26). She was charged on Tuesday (July 25) with the intention of committing acts of terrorism between December 1 last year and April 12 this year. One charge alleges she engaged in conduct in preparation for giving effect to that intention including communicating with a Daesh fighter in Syria and arranging to receive weapons in order to conduct an attack in the UK. A second charge alleges she received instructions on how train and use weapons, while a third said she was “reaching out to another to receive assistance in completing plan. The three charges are contrary to section 5 of the Terrorism Act 2006 and follow an investigation by officers from the Metropolitan Police Service`s Counter Terrorism Command. Her lawyer, Vajahat Sharif, indicated the girl would plead not guilty. Karen Jones, prosecuting, told the court the girl had her plans to travel to Syria thwarted in August of 2016. Following this, she continued to speak to a man who was a Daesh fighter in Raqqa she had married some time in September over Skype, the prosecutor added. Ms Jones said: Between them they hatched a plan to conduct an attack in the United Kingdom. (The defendant) then communicated with others and indicated exactly what that plan was. She was effectively going to receive pineapples, otherwise known as hand grenades, and a firearm, and intended to carry out a terrorist attack in the UK. She was having a desire to become a martyr. The teenager was previously charged on April 12 this year with another count of intending to commit acts of terrorism. The earlier charge alleges that between January 1 last year and March 31 this year she engaged in conduct in preparation for giving effect the intention, namely communicating with a person within Daesh, possessing a flight booking to Istanbul intending to travel to Syria, and self-radicalising. The girl indicated a plea of not guilty to the court through her lawyer. She was remanded in custody and will appear again at the Old Bailey on August 11. Meanwhile, federal prosecutors in Germany are treating four women as Daesh brides after the `home-grown` terror suspects were captured by Iraqi soldiers following the liberation of Mosul from Islamic State control earlier this month. All four women  including a 16-year-old girl  have German citizenship and come from three different states. They were discovered inside a tunnel where they had taken refuge and where weapons and explosives belts had also been uncovered.