A man who plotted to detonate a nail bomb in the centre of London has been sentenced to life imprisonment. 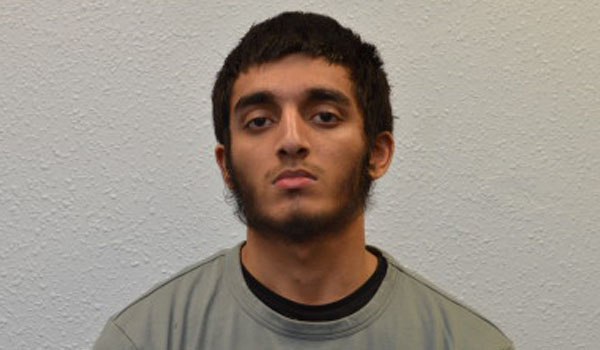 A man who plotted to detonate a nail bomb in the centre of London has been sentenced to life imprisonment. Haroon Ali Syed, 19, was arrested last September after he tried to source firearms and explosives online. Syed, who had ISIS as the PIN on his phone, had applied for bank loans to finance the weapons. When these were rejected he unwittingly contacted an undercover officer on the internet and requested help with his planned atrocity. He told the officer he planned to detonate a bomb in a crowded place such as Oxford Street  and asked for it to be packed with nails to inflict as much carnage as possible. Digital forensic analysis found Syed had repeatedly searched for so-called Islamic State propaganda, bomb-making guides and articles justifying the murder of women and children. Syed pleaded guilty to preparing for acts of terrorism at Londons Old Bailey in April. On Monday (July 3), he was sentenced to life imprisonment with a minimum 15-year sentence before he will be considered for parole. Commander Dean Haydon, of the Metropolitan Police Services Counter Terrorism Command, said: Our close working relationship with MI5 ensured we uncovered evidence that Syed was plotting to kill innocent members of the public. Todays sentence has ensured that a dangerous individual harbouring violent, terrorist ambitions has been removed from our community. This case is another example of the severity of the current threat from terrorism, which we cannot tackle alone. I urge communities to continue to support the police by reporting anything they feel is suspicious.