Whether the issue is safety, security or rehabilitation, technologies such as mobile phone blockers, biometrics and drone surveillance are being put forward as the key to solving the much-publicised problems in the UKs prisons. 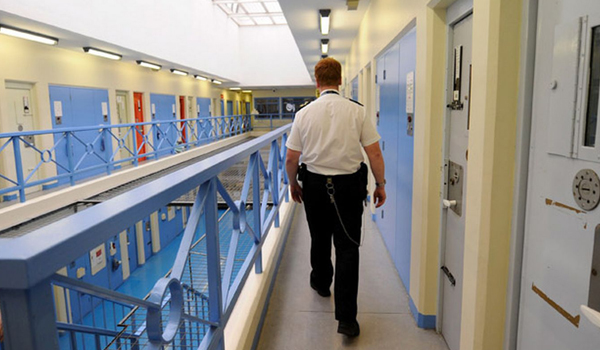 Whether the issue is safety, security or rehabilitation, technologies such as mobile phone blockers, biometrics and drone surveillance are being put forward as the key to solving the much-publicised problems in the UKs prisons.

Last month, the industry representative body techUK submitted a response to the Justice Select Committee Inquiry on Prison Reform that highlighted the technologies that should be critical components of reformed prisons.

By embracing these technologies, techUK said the Government will be able to address the problems that have brought prisons into the spotlight in recent weeks.

For prisons to become safer and more secure, then the problem of illicit mobile phones must be brought under control, said techUKs programme manager for justice and emergency services, Henry Rex.

In his latest techUK Insights opinion, Mr Rex said there are radio frequency signals that can block all mobile phone channels in the coverage area, with the exception of the authorised devices, which are free to access their cellular network carrier.

There is minimal signal leakage from the facility, allowing the continued use of public mobile phone signals outside the prison perimeter. Any illicit mobile phones in the facility will be unable to connect to a network, he added.

Another measure highlighted by techUK that could reduce the flow of contraband into prisons was to harness emerging technologies designed to combat the threat of unmanned aerial vehicles (UAVs)  more commonly known as drones  in prison airspace.

Mr Rex said the use of drones to deliver contraband substances into prisons was an increasing problem and of serious concern to prison officers.

The systems can monitor communications frequencies around a protected area and compare those frequencies to drone signal profiles. When a match is detected the systems can detect the drones radio control signal, analyse it and take over control of the drone, without impacting any other signals or devices in the area, said Mr Rex.

Identity assurance capability was also needed said techUK  whether it is monitoring who is visiting inmates, tracking people as they make their way through the system, or controlling access to restricted areas.

Biometric technology leaves no doubt as to who an offender is, and enables the collation and de-duplication of disparate identity records, said Mr Rex.

Applying biometric capture and verification technology throughout the criminal justice lifecycle is key to creating a reliable single offender view, and would allow offenders to be tracked throughout the system.

Harnessing biometric technologies would also improve security for staff and inmates, and would allow for easier tracking of who is coming and going, particularly relevant for high security prisons.

Biometric technology for physical access management could also enhance rehabilitation efforts, giving inmates more control of their day, allowing them to access certain areas of the prison that have been booked to them for particular times, and for them to be allowed to access those areas without escort, said Mr Rex.

Harnessing these technologies, and others, will improve a prisons ability to deal with the sorts of issues that have made them front-page news recently. But to successfully deliver the transformation that is urgently needed prisons must unde