National Crime Agency (NCA) Director-General Lynne Owens has issued a ‘tasking’ to ‘step up’ the police response to fraud.

The tasking – only the fourth ever issued by the NCA – has been made under the Crime and Courts Act 2013 and follows discussions with chief constables and other partners at the National Strategic Tasking and Coordination Group earlier this month.

It applies to all police forces and Regional Organised Crime Units in England and Wales, Police Scotland, the Police Service of Northern Ireland, the Serious Fraud Office, Her Majesty’s Revenue and Customs and the Financial Conduct Authority.

It was proposed jointly by Graeme Biggar, Director-General of the multi-agency National Economic Crime Centre (NECC), and Commissioner Ian Dyson of City of London Police, the lead force for fraud.

Mr Biggar explained: “Fraud affects so many people, with around 700,000 reports to Action Fraud made in the past year. We know that lots of people who fall victim to scams don’t report it so it is likely the impact is much greater. We are determined, along with our private and public sector partners, to make a real difference to the way we tackle fraud.

“As a result, the NECC is leading a project in conjunction with City of London Police to step-up the national response to fraud immediately with activity continuing over the next year.

“This tasking is part of that work, and is focused on improving the intelligence picture on fraud, pursuing offenders causing the highest harm and increasing the priority of fraud across the system.”

The announcement follows a Freedom of Information request revealing that less than one per cent of officers are dedicated to tackling fraud, despite accounting for one third of offences.

Last week, The Times newspaper published the findings of responses from 29 forces showing that just 0.5 per cent of officers are deployed to the crime.

Broader reforms to the current system for tackling fraud are being considered in the review of serious and organised crime commissioned by the Government and being led by Sir Craig Mackey, former deputy commissioner of the Metropolitan Police Service.

The Serious Fraud Office, Her Majesty’s Revenue and Customs and the Financial Conduct Authority will contribute to the tasking within the parameters of their existing statutory responsibilities.

The tasking on fraud is known as a voluntary tasking, which provides for a chief officer of a police force or a UK law enforcement agency to perform a task if requested by the NCA director-general.

The other taskings issued by the NCA under the Crime and Courts Act 2013 have been on firearms, County Lines and child sexual abuse. 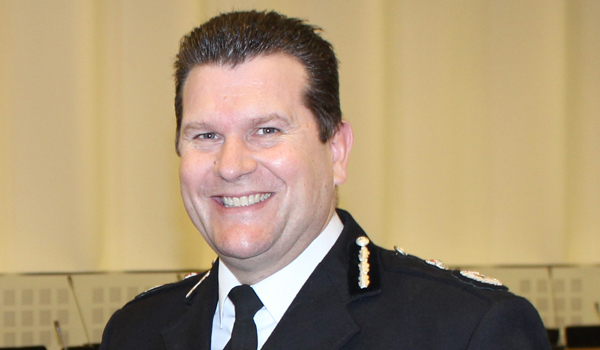