South Yorkshire Polices inaction may have left a child at risk from a paedophile who plunged into new depths of depravity, an investigation has found. 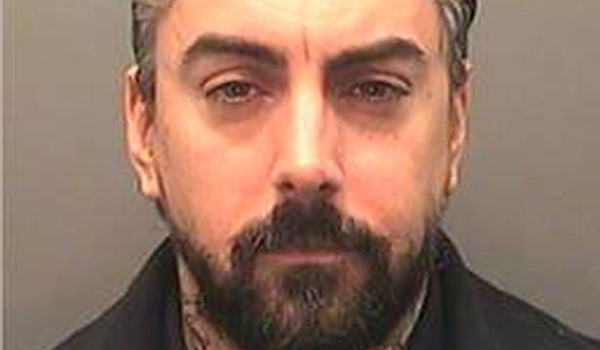 South Yorkshire Polices inaction may have left a child at risk from a paedophile who plunged into new depths of depravity, an investigation has found. The force could have been offered evidence that former Lostprophets singer Ian Watkins was abusing children prior to his arrest in 2012 but failed to take action, according to the Independent Police Complaints Commission (IPCC). Watkinss ex-girlfriend Joanne Mjadzelics repeatedly tried to show officers what she claimed was a child abuse image sent to her by the Welsh musician  but she was dismissed each time. The case was even initially assigned to a neighbourhood policing officer who had no experience of child abuse investigations or seizing digital evidence. IPCC Commissioner Jan Williams said: Having taken into consideration the nature and seriousness of Ms Mjadzelics allegations against Watkins, the inaction of some South Yorkshire Police officers involved may have placed a child at risk of further abuse for several months. The evidence suggests there was a general view among officers at Doncaster that Ms Mjadzelics was not to be taken seriously, and consequently enquiries were not progressed as they should have been. It is concerning that a neighbourhood police constable without specific training or support, rather than an officer from a specialist team, was expected to view and make judgment on a potential image of child sexual abuse. Watkins was jailed for 35 years in 2013 after pleading guilty to a string of sex offences including the attempted rape of a baby. Two women were also imprisoned after an investigation revealed they had donated their children for him to sexually abuse. Sentencing, Mr Justice Royce said the trios horrific crimes had broken new ground and plunged into new depths of depravity. Ms Mjadzelics  a former special constable  had contacted South Wales Police the previous year to report information that could potentially implicate Watkins as a child sex offender. The force requested assistance from South Yorkshire Police as Ms Mjadzelics was living in Doncaster at the time. The IPCC found the request was initially allocated to South Yorkshire Polices safer neighbourhood team instead of its public protection unit. As a result, when Ms Mjadzelics brought her laptop to Doncaster police station in March 2012, claiming it contained an indecent image of a minor sent to her by Watkins, she was interviewed by a neighbourhood policing officer rather than a specialist. The constable had received no training in investigating child sex abuse or handling evidence in computer-related offences, so did not view the image or try to establish if she was telling the truth. Her allegations were ignored again at a second meeting on May 3, and it was only on her third attempt that a senior officer instructed a constable to view the image. However, the officer  who had also not received child protection training  told her it was of an adult female. The laptop was subsequently destroyed before Watkins arrest. Ms Mjadzelics claims she was not believed as she was dismissed as a nuisance and a disgruntled ex-partner seeking revenge on Watkins. She too was charged with child sex image offences but explained that she had been trying to gather evidence of his crimes. She was cleared in 2015. The IPCC found three officers should face gross misconduct hearings over their inaction but they have since retired from policing. A fourth officer was found to have a case to answer for misconduct in relation to her comments to Ms Mjadzelics. Ms Williams recommended that only suitably trained officers be assigned to child sex abuse investigations and asked South Yorkshire Police to review policies for allocating serious offence enquiries. She has also told the force to create a policy document to aid collaboration with colleagues. Assistant Chief Constable David Hartley said the recommendations have been entirely accepted. He added: Our handling of this matter fell far below t