Police Professional examines the latest research from Lincolnshire on whether crime levels are affected by turning off street lights at night. 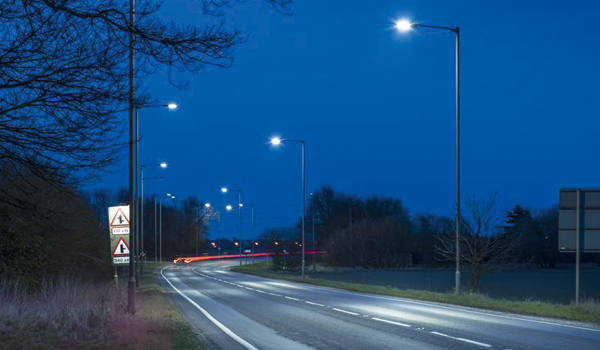 Between April 2016 and March 2017, Lincolnshire County Council introduced a series of changes to lighting conditions across the county in a bid to save £1.7 million. These included the permanent switch-off of some street lights and changing some to LED bulbs, but the vast majority  42,000  were switched to a part-night pattern where they were deactivated between midnight and 6am. Immediately, the public raised concerns about the effect on crime rates and accused the council of prioritising savings over safety. On the face of it, these fears are not unfounded  darker conditions reduce opportunities for natural surveillance, potentially emboldening criminals. After the part-night model was blamed for an £8,500 burglary at a church in Sleaford last year, PC Martin Green said a series of night thefts in the area could well be down to the lack of lighting, which will of course help our criminals immensely. The College of Policings own what works guidance, based on research by Brandon Welsh and David Farrington from the Campbell Collaboration, supports the view that better illumination has a positive effect. The 2008 review found improved street lighting was linked to a 21 per cent reduction in crime compared with other areas, or a 38 per cent reduction when only considering results from the UK. According to the study, there are two main explanations for why this effect occurs. The first is that improved lighting leads to increased surveillance and determent of potential offenders, as it increases both the number of potential witnesses and the risk they will be identified. This is connected to routine activity theory  the idea that by interrupting just one part of someones pattern of offending, you can discourage them from committing further crime. By improving light levels and therefore increasing the risk of detection, an individuals motivation to offend could be reduced. The second explanation is tied to the broken windows theory that physical dilapidation in an area suggests to a potential offender that no one will care enough to intervene if they break the law. The researchers believe improved lighting can reduce the broken windows effect, which again reduces an individuals motivation to offend. They also claim this means any positive effects of improved street lighting are not just felt at night, because the heightened sense of community pride it creates can lead to other local improvements, further increasing pride in a virtuous circle. The overall conclusion from the college is that street lighting can be an effective element of crime reduction strategies but should probably be used alongside other interventions. However, other research has been less conclusive. In 2004, a government survey, Decision-making by house burglars: offenders perspectives, did not mention lighting as a factor that burglars consider as a deterrent, suggesting improved levels might not always have a preventative effect. Last month, to alleviate public fears about the county councils project, Lincolnshire Police published its own evaluation of the effect of changing 42,000 street lights changed to the part-night model. The analysis compared crime rates for burglary, criminal damage, vehicle crime and violence against the person/personal robbery in 2015/16 and 2016/17, and explored whether or not unexplained changes in local offending were linked to the initiative. The findings show that across the whole force area, the frequency of burglary, vehicle crime and violence against the person/personal robbery reduced slightly after part-night lighting was introduced. However, the rate of criminal damage increased in nine parts of the county. This growth was particularly significant in North Kesteven area, where two beat codes  NC33 and NC34  experienced 250 and 150 per cent increases respectively. Lincolnshires West area also saw its criminal damage rate almost double from 47 to 92 offences committed between January-May 2016 and 2017. Taken alone, this data shows that reducing light levels he