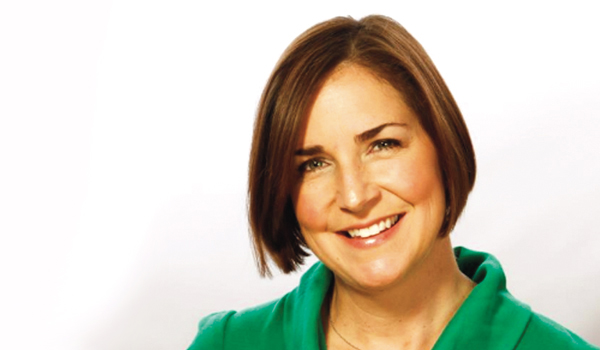 Nicole Jacobs said the failures of forces to appropriately respond to these cases further “shatters the trust” that survivors have in the police.

Responding to the joint College of Policing, Her Majesty’s Inspectorate of Constabulary and Fire and Rescue Services (HMICFRS) and Independent Office for Police Conduct (IOPC) report on police perpetrated domestic abuse published on Thursday (June 30), she said it has highlighted “serious and deeply concerning findings”.

The Commissioner says when independent investigations cannot be assured, or the victims trust and confidence cannot be maintained another force should be involved in the process of assessing allegations of police perpetrators of domestic abuse

She said: “The report is the most extensive review taken to date which examines how the police respond to domestic abuse when perpetrated by one of their own. It has highlighted serious and deeply concerning findings and forces must take swift and extensive action to respond to these.

“However, the report’s recommendations must go further to address the serious failings uncovered.”

For example, Ms Jacobs said when independence cannot be assured, or the victim’s trust and confidence cannot be maintained another force should be involved in the investigation into police perpetrated domestic abuse to provide victims and survivors with the “integrity, independence, and objectivity they deserve”.

The joint review was conducted between HMICFRS, the College of Policing, and the IOPC following a super complaint made by the Centre for Women’s Justice (CWJ) about police perpetrators of domestic abuse (see https://www.policeprofessional.com/news/systemic-deficiencies-in-police-response-to-domestic-abuse-allegations-against-officers-and-staff-report-finds/).

“This work by the CWJ has raised an extremely important issue and I welcome their commitment to shining a light on this,” said Ms Jacobs.

“The review found there are ‘systemic deficiencies’ in the way some police forces in England and Wales deal with allegations of domestic abuse against their own officers and staff. This is not good enough.

“More widely victims of domestic abuse look to the police for protection against abusers and it shakes confidence to know officers are also perpetrators and are not being appropriately held to account.

“The failures of forces to appropriately respond to these cases further shatters the trust that survivors have in the police and increases the trauma felt by victims. It also heavily undermines the work which forces undertake to tackle domestic abuse.

“The concerns raised in this report have reinforced the urgent need for forces to act swiftly and radically to change their culture, thoroughly train their staff, and provide appropriate and effective safeguarding and support to victims.”

Ms Jacobs added: “Public trust in the police is already at an all-time low in the wake of the horrific death of Sarah Everard who was brutally murdered by a serving police officer; and the deeply upsetting sharing of photos of Bibaa Henry and Nicole Smallman by serving officers.

“I am sure the many officers and senior leaders in the forces across England and Wales will share my view that all police forces and their staff should be beyond reproach and uphold the highest standards.”

The report found there were failings to refer cases to the IOPC in line with the mandatory referral criteria as set out in legislation – failings which undermine misconduct investigations, and a failure to consider the “unique risks” of police perpetrated domestic abuse in terms of victims’ care, said Ms Jacobs.

Another area highlighted was centred around case confidentiality where the victim and the perpetrator work in the same force and further concerns of gossiping and bullying.

“These findings are shocking and police forces, police and crime commissioners (PCCs) and government departments must act quickly and effectively to implement the recommendations made in this report to respond to these unacceptable shortcomings and bring about the much-needed change.

“I am pleased to see forces engaging with domestic abuse training, such as ‘Domestic Abuse Matters’, however, all members of all forces should have thorough, mandatory and routine training which must include training on ‘office involved domestic abuse’. As part of this forces need to make it clear how seriously they take any attempt to use their police positions to prevent reporting, and to harm and discredit victims.”

However, Ms Jacobs said there must be more than words: “There must be accountability. Forces must work effectively to respond to, and remove, officers from their ranks who fall far short of the most basic expectations of the police, by being perpetrators of domestic abuse.

“I want to see all police forces laying out a clear plan so that victims and survivors know what support they will receive when a domestic abuse allegation is made and can feel confident that immediate action will be taken to protect them against perpetrators to ensure their safety.”

She added: “The recommendation to the Home Office to provide further guidance on the types of considerations to take into account when deciding to restrict an officer’s duties (for example, move them to a new role or location) and the importance that allegations of domestic abuse offences against police officers and staff are reviewed is particularly pertinent here.

“It is also critical that, as recommended, PCCs, the Ministry of Justice and chief constables should ensure that their provision of domestic abuse support services and guidance can meet the specific needs of victims of police perpetrated domestic abuse.

“I see this as particularly important for victims who are currently serving in the force, whom should have access to holistic support and HR services to allow them to feel safe in their role.

“No victim or survivor of domestic abuse should feel they are prevented to report, are undermined, or have been abandoned by the very organisation who is supposed to keep them safe. Especially not because of the position of power that their perpetrator holds.”