Surrey Police has abandoned plans to build a new headquarters and Eastern operating base in Leatherhead in favour of redeveloping its current Mount Browne site in Guildford following an independent review of its plans. 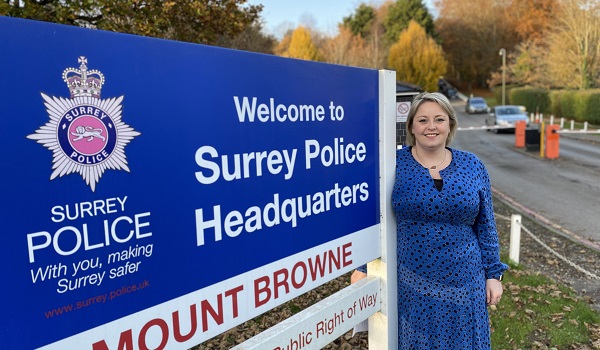 The decision to remain at Mount Browne, which has been home to the force for the past 70 years, was agreed by police and crime commissioner (PCC) Lisa Townsend and the force’s chief officer team.

She said the decision was due to the policing landscape having “shifted significantly” in the wake of the Covid-19 pandemic. Having considered all options, it was thought that redeveloping the Guildford site offered the best value for money for the Surrey public.

The former Electrical Research Association (ERA) and Cobham Industries site in Leatherhead was purchased in March 2019 with the intention of replacing a number of existing police locations in the county.

However, plans to develop the site were paused in June this year while an independent review, commissioned by Surrey Police, was carried by the Chartered Institute of Public Finance and Accounting (CIPFA) to look specifically at the financial implications of the project.

Following recommendations from CIPFA, it was decided three options would considered for the future – whether to continue with plans for the Leatherhead base, to look at an alternative site elsewhere in the county or to redevelop the current headquarters at Mount Browne.

Following a detailed assessment – a decision was taken that the best option to create a policing base fit for a modern day police force while providing the best value for money for the public was to redevelop Mount Browne.

While plans for the site are still very much in the early stages, the development will take place in phases including a new joint contact centre and force control room, a better location for the internationally renowned Surrey Police dog school, a new forensic bub and improved facilities for training and accommodation.

The site in Leatherhead will now be sold.

Ms Townsend said: “Designing a new headquarters is probably the biggest single investment that Surrey Police will ever make and it is vital we get it right. The most important factor for me is that we provide value for money for our residents and deliver an even better policing service for them.

“Our officers and staff deserve the very best support and working environment we can provide for them and this is a once in a lifetime opportunity to make sure we are making a sound investment for their future. Back in 2019, a decision was taken to build a new headquarters site in Leatherhead and I can fully understand the reasons why. But since then the policing landscape has shifted significantly in the wake of the Covid-19 pandemic, especially in the way the Surrey Police workforce operate in terms of remote working.

“In light of that, I believe that remaining at Mount Browne is the right option for both Surrey Police and the public we serve. I wholeheartedly agree with the chief constable that staying as we are is not an option for the future. So we must ensure the plan for the proposed redevelopment reflects the dynamic and forward thinking Force we want Surrey Police to be.”

The PCC added: “This is an exciting time for Surrey Police and my office will be working closely with the force and the project team going forward to make sure we deliver a new headquarters we can all be proud of.”

Chief Constable Gavin Stephens said: “Although Leatherhead offered us a new alternative to our headquarters, both in design and location, it had become clear that it was becoming increasingly harder to achieve our long-term dreams and ambitions.

“The pandemic has presented new opportunities to re-think how we can use our Mount Browne site and retain an estate that has been a part of Surrey Police’s history for more than 70 years. This announcement is an exciting opportunity for us to shape and design the look and feel of the force for future generations.”