The Police Superintendents’ Association (PSA) is expected to confirm today (September 14) that it is joining the Police Federation in withdrawing from the independent Police Remuneration Review Body (PRRB) process following widespread anger over a pay freeze. 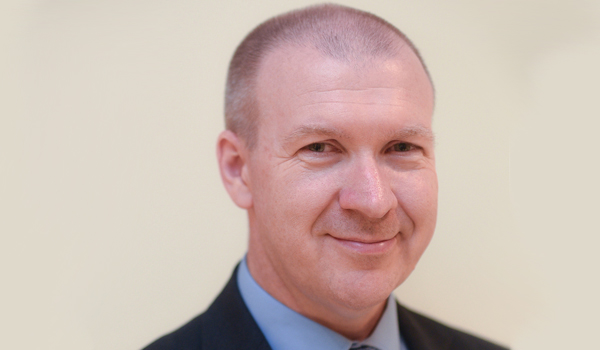 President Paul Griffiths will tell delegates at the PSA’s annual conference that it is “essential police officers have fair and transparent processes in place to determine their pay”.

He will use his conference address to voice concerns on behalf of members on the pay freeze announced for police this year and will challenge the independence of the pay process put in place to safeguard the rights of police officers.

Mr Griffiths will tell delegates: “No one enters policing to get rich. It is a vocation and a career that provides challenge and demands sacrifice like no other – something clearly demonstrated amidst the pandemic. However, with very few employment rights, it is essential that police officers have fair and transparent processes in place to determine their pay, and that they have a clear voice within this. The Government direction on public service pay has overridden these processes, making decisions around pay in advance of the evidence it requests from stakeholders right across the Service.

“Currently, we have no procedural justice when it comes to pay and police officers are not being heard.

“It is for this reason that I can announce today that the PSA is withdrawing from the PRRB process.”

He will also outline a series of actions being taken by the association in response to government announcements, action and proposals surrounding police pay, pensions and wellbeing.

Mr Griffiths will advise members that the association is in the midst of legal action against the Government over potential discriminatory changes to police pensions and will question why there has been an increase of just 25 police superintendents in the past year to manage an uplift of 20,000 police officers.

On pensions, he will outline a judicial review underway against the Government’s pension remedy, alongside employment tribunals in support of female superintendents on the basis of potential sex discrimination, based on the government’s published proposals.

On wellbeing, Mr Griffiths will describe the continued pressure on superintendents to lead the Police Uplift Programme alongside Covid responsibilities and day-to-day demand, and the resulting impact on physical and mental health.

He will announce the launch of a peer support programme developed by the PSA to respond to this, in which members volunteer their time to support colleagues with personal and career issues.

On diversity, Mr Griffiths will question the lack of national progress on workforce diversity and the promised accountability on this issue for forces. He will announce a PSA-led project to support officers from under-represented groups into the superintending ranks, explaining:

“We’re acutely aware that our rank lacks the diversity that we desire, so we can no longer wait for action,” he will say.

“That’s why we have launched ‘Future Supers’, an initiative designed to support colleagues from under-represented groups at inspecting ranks with their promotion and development journey into our association.

“I am delighted to say that through work entirely led by the association, with content support from the National Police Chiefs’ Council (NPCC) and College of Policing, we are now supporting over 300 colleagues from across the country, who are being coached and mentored by more than 150 association members, each giving up their own time to help this key project.”

Mr Griffiths’ annual president’s address is traditionally delivered to the Home Secretary, who this year was unable to attend and instead provided a recorded video input.

Other speakers at the conference include Commissioner of the Metropolitan Police Service Dame Cressida Dick, chair of the NPCC Martin Hewitt QPM, chair of the Association of Police and Crime Commissioners Marc Jones, College of Policing chief cxecutive Chief Constable Andy Marsh, chair of the College of Policing Lord Nick Herbert, and Sir Tom Winsor, Her Majesty’s Chief Inspector of Constabulary and Her Majesty’s Chief Inspector of Fire and Rescue Services.