A suicide bomber disguised as a police officer has targeted a police academy  killing at least 18 people. 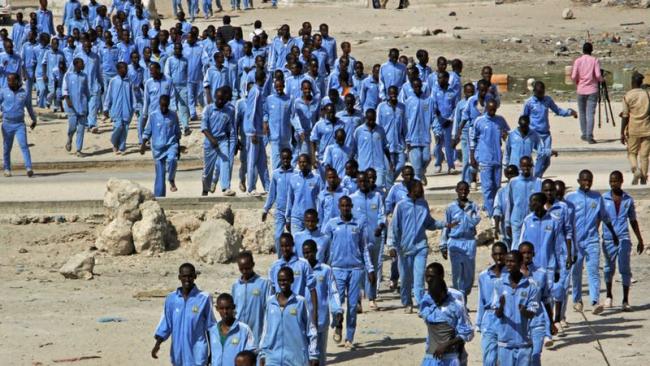 A suicide bomber disguised as a police officer has targeted a police academy  killing at least 18 people. Twenty other officers were wounded  some seriously  by the terror blast in Mogadishu, Somalia. The bomber, with explosives strapped around his body, infiltrated the General Kahiye Police Academy as officers were gathering for special morning exercises, Captain Mohamed Hussein said. The officers were rehearsing for Somalias Police Day celebrations scheduled for December 20. The bomber, dressed in police uniform, walked into the academy undetected and joined a long line of officers in the rehearsal parade before he detonated the explosives under his sportswear, Capt Hussein said. He detonated his bomb vest having realised that his presence had drawn suspicion among officers in the queue, he said. Police officer Farah Omar, who was at the scene at the time, said the bomber targeted a spot where dozens had gathered. He wanted to inflict a maximum damage, said Mr Omar. The Somalia-based al-Shabab extremist group quickly claimed the attack. Al-Shabab, which is allied to al Qaida, carries out frequent bombings and attacks against hotels, checkpoints and other high-profile areas of Mogadishu. Al Shabab has been blamed for a massive truck bombing in the capital in October that left 512 dead.