Signs of “apparent police defeat” may have emboldened criminal gangs to escalate the violence during the UK`s worst acts of disobedience in living memory, new research reveals. 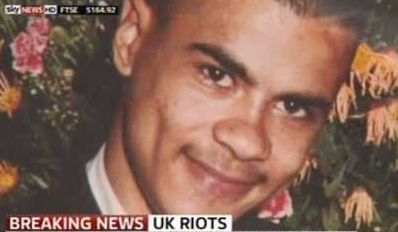 Signs of “apparent police defeat” may have emboldened criminal gangs to escalate the violence during the UK`s worst acts of disobedience in living memory, new research reveals. Officers could possibly have strangled the 2011 riots before they took a hold if they had taken decisive action to extinguish a torched police car, the analysis has found. A seeming reluctance to engage to win this and other early symbolic battles empowered rioters, the Sussex University study has suggested. The research  conducted by psychologists who studied YouTube videos and Google Street View images, looked at force reports and arrest records, and interviews with perpetrators  concluded that joining together against a “common enemy” of the police service fostered a sense of community among criminal gangs more used to fighting each other, helping fuel the mayhem which involved arson, mass looting and the death of five people. The unrest between August 6 and 11 in 2011 was sparked by the death of Mark Duggan, a suspected gang member who was shot by Metropolitan Police Service (MPS) officers in Tottenham. The continuing study found the failure to step in when a police car was set alight in the early stage of the unrest may have given encouragement to those looking for trouble. People gathered confidence from apparent police defeat, said Dr John Drury, the social psychologist who led the research. Seeing a burning police car and no police responding gave people the idea that the police were weak. That in turn allowed them to move onto a number of different targets. He acknowledged, however, that the design of his study made it impossible to rule out a worse reaction from the rioters had the police responded strongly. Disorder spread to neighbouring London districts and violence also erupted in other towns and cities including Birmingham, Manchester, Nottingham, Leicester and Bristol. Approximately £200 million of property damage was sustained, resulting in more than 3,000 arrests. The police didnt always engage, which created the impression the police were incapable of engaging, said Dr Drury. “It turns out they misjudged that because it emboldened people more than they calculated. Among their more interesting findings was the insight that members of so-called post code gangs actually felt safer during the riots than they did normally, because gang enmity was temporarily suspended. The research also found that most of the rioters were united by pre-existing grievances against policing methods such as stop and search. “There was actually a new identity, a new collective sense of self amongst the rioters, said Dr Drury. That matters because if people are united for the first time then it`s a basis for a sense of empowerment A MPS spokesperson told Police Professional the force has taken part in numerous studies since the 2011 riots but is not planning to comment on “this specific one”.