Misfit terrorists can turn into lone-wolf killing machines after a fall-out with the pack, disturbing new research reveals. 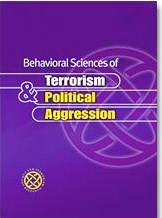 Misfit terrorists can turn into lone-wolf killing machines after a fall-out with the pack, disturbing new research reveals.

All it takes is a flashpoint to ignite the behaviour, leading to solo terrorism, Orlandrew E. Danzell and Lisandra M. Maisonet Montanez observe.

The pair, writing in the journal Behavioural Sciences of Terrorism and Political Aggression, offer an alternative theory on what leads to the radicalisation process.

Their study suggests there could be a new understanding of why lone-wolf terror attacks are on the rise across the Europe, the US and Canada  and how those who commit such atrocities are created.

They claim current literature is failing to sufficiently enlighten the intelligence community and law enforcement agencies on the process that explains the turning point in the lives of lone wolves.

And they observe: “Even though lone wolves thrive in isolation and engage in minimal interactions with others, it is within these social interaction processes (or lack thereof) where lone wolf motives, intentions, and behaviours ignite.”

The authors have discovered through case studies of actual outrages that terrorists tend to experience problems with hierarchy or the pack at some point in their lives. The outcome of these pack conflicts are similar  acts of lone-wolf terror, they say.

They conclude: “Contrary to existing theory that characterises the lone attacker as sophisticated (alpha personalities), this study shows that, in fact, lone wolf terrorists are often betas who evolve similarly to the animal hierarchy.”

The researchers approach provides the pack (that is, society) an important and viable way to understand and identify future lone wolves. The experience of dispersal  when the wolf leaves a previous pack or environment and may or may not join up with other dispersed wolves  is key.

Rather than looking for masterminds with alpha personalities, Danzell and Montanez`s work suggests that security services might be well advised to keep betas who are aggrieved by or outcast in society on their radars as well.