Stricken officer was `half a second` from having her head run over, court hears

A police officer has described how he saved a colleague`s life by pulling her from the path of a speeding car before it “ran over her head”. 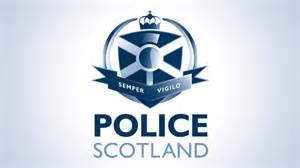 A police officer has described how he saved a colleague`s life by pulling her from the path of a speeding car before it “ran over her head”. Police Constable Robert Fitzsimmons told a court that without his evasive action he thought his injured colleague was just “half a second” from death. He told jurors the incident eight months ago in which he and Police Constable Deborah Lawson were driven at in Glasgow was the “most scared I`ve ever been while her screams of pain would stay with him “for the rest of his life”. David McLean, 31, and 25-year-old Ryan Gilmour are on trial at the High Court in Edinburgh, where they deny the attempted murder of the two Police Scotland officers. They are accused of striking PCs Fitzsimmons and Lawson repeatedly with a car in Banner Drive on October 23 last year. PC Fitzsimmons told the court they had been called to a report of a man being chased by another man with a knife in the street at about 11.10pm. On arrival, they found a dark 4×4 or people carrier vehicle in the middle of the road with its headlights on, which moved at a “crawl” towards them before stopping. The witness said he and his colleague got out of the police vehicle when they saw the driver`s door open. PC Fitzsimmons said he struggled with the driver after he refused to get out of the car and tried to put it in gear, and then a passenger in the rear seat reached forward and grabbed the gear stick. “He shouted `go, drive, go`,” the witness said. “My concern was between the two of them the car was going to get moving. “Myself and PC Lawson would then be in a bit of trouble, a life-threatening situation.” PC Fitzsimmons said he discharged his incapacitant spray into the faces of the two men but it had “absolutely no effect whatsoever”. At this point, he said the car began to reverse and both officers were swept backwards and dragged to the ground. “I remember PC Lawson shouting at the top of her voice `stop, stop, stop`, he told the court. “To this day, I`ll never know how her head never went under that car. “It was the most scared I`ve ever been in my life. PC Lawson`s screams will live with me for the rest of my life. I thought she was going to die and I couldn`t prevent it.” He said they were only released from the car when he heard a “very loud bang” and, at that point, PC Lawson`s head was only about 3ft from the driver`s side of the vehicle. “I heard the engine of the car rev really loudly and I knew it was going to go. “I shouted at the top of my voice, I knew she was in danger. I couldn`t work out why she wasn`t moving. I didn`t appreciate how badly injured she was. “I knew it was going to go forward. I reached over and grabbed her round the torso and, as I did, she screamed in pain. “I began to pull her towards me and half a second after I got her out of the path of the wheel of the car, it shot forward and PC Lawson screamed again but it wasn`t in pain. “I think she thought she was going to be hit.” He told the court that as it sped off, the car made no effort to avoid his colleague and without his actions “would have run over the top of her head”. Jurors heard PC Fitzsimmons was taken to hospital with cuts and bruises and neck pain after the incident and, while physically recovered, has not yet been able to return to full duties due to the mental stress of the incident. PC Lawson also remains on sick leave. The court heard he had later identified the accused men in photographic and video identity parades as being the driver and passenger in the car. McLean and Gilmour pleaded not guilty to attempting to murder the two officers by reversing a Nissan car towards them and repeatedly hitting them with the vehicle “to the danger of their lives“. They also deny further charges including wilfully setting fire to the vehicle and attempting to pervert the course of justice. The trial, expected to last up to eight days, continues.