As the morale of detectives across the country hits rock bottom and recruiters struggle to find candidates to fill vacancies, Police Professional takes an in-depth look at one key factor  the fear of being subjected to an IPCC investigation. 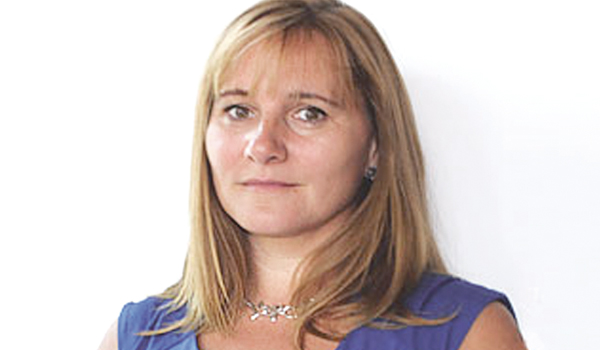 Of all the factors responsible for pushing the morale of detectives across the UK to an all-time low, Karen Stephens, secretary of the Police Federation of England and Wales (PFEW) National Detectives Forum, is clear about which is the most pernicious  the impact of investigations conducted by the Independent Police Complaints Commission (IPCC). Force-level reports on the state of detective policing in England and Wales were released by the PFEW last month, following on from the headline findings of PFEWs national detectives survey released the previous month showing that workload, fatigue and stress were all on the rise and morale was plummeting. The IPCC is the bane of our lives, Ms Stephens told Police Professional. If you are juggling so many plates, one of them is going to come crashing down at some point. Not because you are incompetent, not because you shouldnt be in the job, but just because you are human. When that plate smashes you know as detectives you are invariably going to get the IPCC crawling all over you. In my mind, if chief officers were to stand up and say if we have allowed this detective to have 20 jobs, all of which are high risk, and she drops one of them because she is so tired and so overworked, then as an organisation, we are going to take some culpability for that. It shouldnt just be down to her. It might sound like utopia, but if detectives knew they had the support of their senior officers and could see that the support was there and not just lip service, it would go a long way towards improving the situation. When someone is under investigation, they are put on restricted duty. That for one makes you feel guilty, even though you are not. Looking at it from the outside, its important to treat everyone fairly, but when you are in the middle of it, you feel as though the whole world is against you, and that isnt good for your mental health or your wellbeing or that of your family. If from there you are put on suspension, then the risk to mental health just goes through the roof. Ms Stephens also criticised the horrendous quality of IPCC investigations. If my boss said to me here is a fraud case I want you to investigate and I said OK, Ill see you in 18 months, hed say no, Ill see you tomorrow with an update, she said. I know of investigations that have taken two or three years. If I were to take that long on one of my cases, Id be under investigation by the IPCC myself. The way we are treated by them is horrendous. If we did that to members of the public there would be uproar. We do need an external body that investigates when things go wrong, but the IPCC just goes about it the wrong way. If it started bringing investigations down to a reasonable time, like weeks, or months at a push, it would be far more credible, and people might not be so worried about having it come in and take your legs away for the next two years. Having the Sword of Damocles hanging over your head makes you feel as though you are not being valued or trusted, especially if you feel you lack the support of senior officers. In September, Sergeant Gary Lefort of Surrey Police spoke out about the impact of an IPCC probe after being cleared of wrongdoing following an investigation that lasted 16 months. I knew all along I had done nothing wrong, said Sgt Lefort. I was carrying out my duties professionally and yet was still subjected to this investigation. I feel that the IPCC already had a conclusion in mind no matter what the evidence. The impact this has had on my life and career since May 13, 2016, when I was served notices and restricted from frontline duties has been huge. This investigation and subsequent hearing have left me bitter and angry towards the career I love. I did my job to the best of my ability and yet, I have had to endure 16 months of stress and anxiety as a result of doing my job. My marriage has broken up, in a large part as a result of the stress of the investigation, with my family having moved to Devon