A force “run ragged” by staff shortages impacted by budgetary constraints has launched its first recruitment drive in two years  aimed at attracting more women and Catholics to the service. 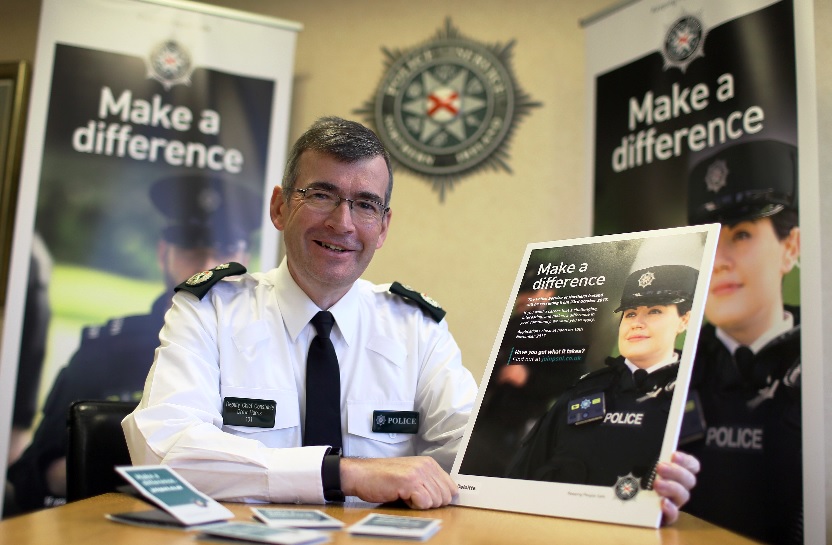 A force “run ragged” by staff shortages impacted by budgetary constraints has launched its first recruitment drive in two years  aimed at attracting more women and Catholics to the service. New recruits to the Police Service of Northern Ireland (PSNI) will no longer have to pass a “push and pull” strength test, and will not have to be observed at an exam centre  instead completing a selection test online. The PSNI intends to recruit 300 officers to hit a revised manpower target of 6,700, with 50 per cent Catholic recruits and increasing the 29 per cent women ratio. PSNI Deputy Chief Constable Drew Harris said he was hopeful the introduction of online tests would encourage more Catholics to apply. “We found that was a significant chill factor, the attendance at an exam centre, for Catholic applicants,” he said. “Far more Catholics dropped out at that stage than Protestants.” In previous recruitment drives, only two out of every ten female applicants passed the strength test, compared to 90 per cent of men. The test will still be part of the physical assessment, but there is no longer a requirement to pass. The PSNI said it also wants to increase the number of new recruits aged between 18 and 24 years, and from west of the Bann. In the last recruitment process, 5,498 people applied. “We`re confident we will get the numbers, what we want to be clear about is how representative we are,” Mr Harris said. But the Police Federation for Northern Ireland (PFNI), while welcoming the campaign, said the process should “not be about gender and religion”  while accepting “we need more Catholic officers and females to join”. PFNI chairman Mark Lindsay said three times the number of new recruits are needed as up to 800 officers could have left the force by this time next year. “With retirements, officers taking less stressful jobs for the same money and others leaving to get their lives back  the federation says the PSNI will be looking at a figure of 6,300 in 12 months,” he said. This is the first recruitment process since September 2015, and the first since the Understanding Barriers Affecting Police Officer Recruitment independent report by Deloitte was commissioned to identify reasons behind the reluctance of Catholics to apply to join the PSNI. There has been a recruitment moratorium since last August, forced on the PSNI due to an investigation following suspected cheating at its Garnerville training college, that saw three intakes of student officers frozen. In 2014, a review of strength levels concluded that a minimum of 7,000 officers was needed for a resilient PSNI. This May, Chief Constable George Hamilton said £20 million of budgets cuts would put paid to around 240 officer posts over the next two years, reducing the workforce to 6,700. But the PFNI believes that figure should be 7,500 for the “safety of Northern Ireland”. “It`s all driven by finance now,” added Mr Lindsay.