Having served as an officer for the past 41 years and as chief constable of Lancashire Constabulary for more than 12, Steve Finnigan has seen policing respond and adapt to innumerable challenges. However, over the past seven years, one issue has come to the fore that, he believes, has caused community safety to regress. 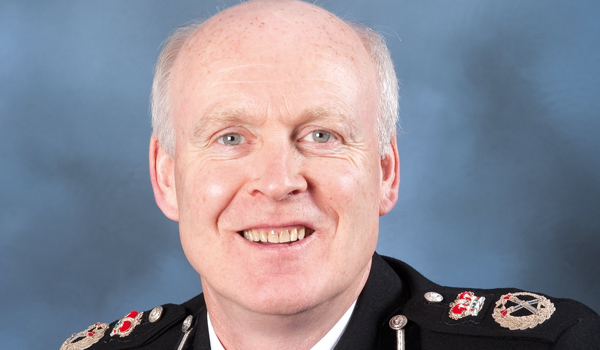 Four terror attacks have struck UK soil since March 22, when Khalid Masood charged the palace of Westminster armed with a knife. The atrocities brought police numbers into the public eye in the final days of the general election campaign, and highlighted the scale of funding that has been taken out of budgets over the past seven years. While counter-terror budgets have been protected, Mr Finnigan believes the impact of the cuts on other areas of policing have left people less safe than they were in 2010. Mr Finnigan was among the first chief constables to speak out about the scale of cuts; in the run-up to the 2015 Comprehensive Spending Review when then-chancellor George Osborne proposed further cuts of 40 per cent, he described the proposals as a madness  and has since repeatedly drawn attention to the extreme pace and scale of reductions in police funding. Ahead of his retirement on June 28, Mr Finnigan accepts that forces can still make savings through further efficiencies. However, he claimed that cuts have led to a time-lag in recruiting, as officers who are being hired now will not have the experience needed to benefit policing for several years. He added that this experience gap  and the lack of numbers  has left people at greater risk than they were before budgets were slashed. Mr Finnigan told Police Professional: I feel it is incumbent on me to talk about the operational consequences of some of those cuts that weve seen. In any developed country, what society needs are safe and confident communities. When you look at those terrorist attacks in the UK in the last few months, I have no doubt people in those communities, despite them being very stoic and determined not to be cowed by terrorism, many of them will be feeling less safe. I am convinced that across the UK, they are less safe than they were seven years ago. What I am seeing is the cherished model of policing in the UK, that has been very preventative, very proactive, is rapidly moving towards a reactive model, and that cannot be good. Successive funding cuts saw £2.3 billion taken out of the police budget between 2010 and 2016. Around 47,000 jobs were lost as a result, almost 20,000 of which were police officer positions. In Lancashire, the forces budget has been slashed by 25 per cent since 2010, resulting in the loss of 800 officers and 400 staff. These cuts have led to the UKs officer/population ratio becoming one of the lowest in Europe. England and Wales have approximately 222 police officers per 100,000 people; in contrast, Spain has 523, Greece 475, France 281, Italy 463, and Portugal 443. Across 34 countries, the average ratio is 353 officers per 100,000 citizens, with the UK ranked 28th. Lancashire Constabulary only restarted hiring new officers in 2015, but is currently trying to keep numbers level rather than replacing the 800 who left the force. As the new officers have to go through a probationary period, their skills cannot be brought into use immediately. According to Mr Finnigan, the resulting shortage of neighbourhood officers is damaging the flow of intelligence needed to help forces effectively combat extremism. He said: When you look at the terrorist atrocities, we use a strapline that says communities defeat terrorism. But thats only when theyre talking to us. There has to be a reinvestment in neighbourhood policing. We need community beat managers, police officers and police community support officers on the ground, talking to people in communities and receiving information and intelligence. Thats the lifeblood of the service. It would, if we could rebuild some of that, at least put us in a better position to hopefully prevent some of those atrocities in the future. The cuts impact has been wider than neighbourhood policing  officers across the service, from public protection units to cybercrime investigators, are also feeling the strain. The latest offending figures from the Office for National Statistics show recorded crime increased nine per cen