The father of? murdered teenager Stephen Lawrence? is to head up a new advisory task force to bridge the gap between police and communities in finding solutions to Londons knife crime epidemic. 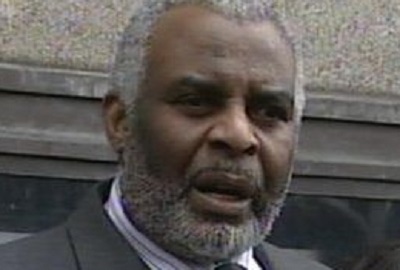 The father of murdered teenager Stephen Lawrence is to head up a new advisory task force to bridge the gap between police and communities in finding solutions to Londons knife crime epidemic. The reference group has been established by the ?Metropolitan Police Service (MPS), and 75-year-old Neville Lawrence has agreed to serve as its independent chair. One aim of the group, says Mr Lawrence, is to get the force to change the way it approaches communities in the hope they can get more intelligence about those carrying knives to stop the killings, and also tackle the roots of the problem. The 16-strong group of community leaders will also include academics, role models and those who have lost relatives to violent crime. MPS Commissioner Cressida Dick, who has personally backed the scheme, has made tackling gun and knife crime a priority and has spoken about putting more effort into preventing violence  amid mounting concern at the number of murders and assaults. So far this year, 24 people under the age of 25 have been fatally stabbed, including ten teenagers. In recent weeks 18-year-old Mahad Ali died after a fight broke out at a warehouse party in East Acton while 16-year-old schoolboy Osman Sharif was knifed to death in front of fellow pupils in Tottenham. Overall, there was a 24 per cent rise in knife crime in London?in the 12 months ending in March. Mr Lawrence said: We are tasked with coming up with some new ideas about how to tackle the problem. “This is not going to be a walkover. We are not going to be able to sit down and instantly say this is what we are going to do. There is no simple solution. ?But you cannot solve anything if you sit there and do nothing.? He said the knife and violent crime reference group included people from different sections of Londons community as well as individuals chosen for the respect they command. Mr Lawrence added: We have a lot of different people on the group to come up with ideas and then it will be up to the authorities to see if they can be used to help. The new group will report to the MPS but senior officers say it is an independent body. Mr Lawrence said a key priority would be to seek the views of young people. He added: We cannot all know the way young people are thinking on the street so you have to be able to talk to them, get their ideas about how we can stop them carrying knives. A-level student Stephen Lawrence was 18 when he was stabbed to death by racist thugs as he walked home in Eltham on April 22, 1993. His murder proved to be one of the most important chapters in the modern history of the British criminal justice system. Mr Lawrence and his former wife Doreen, who is now a Labour peer, campaigned for justice after a failed police investigation and a public inquiry which found that the force was institutionally racist. His agreement to chair the new group comes with a caveat that he will hold the police and communities to account. Mr Lawrence said: There is a lack of community confidence in the police. There is a gap between police and communities because of the absence of BME [black or minority ethnic] officers in the Met. They are still not part of the community. People dont trust them because of who they are. He added: Because they [the police] have not been kept an eye on, they have gone back to how they were before. They see themselves as an organisation that does not answer to normal people in the street. Mr Lawrence added: No community wants to have killers, robbers and thieves … If you are going to ask communities to contribute then we will expect the police to do whatever is necessary to stop the killing. On the group will be Richard Taylor, whose ten-year-old son Damilola was stabbed to death in 2000. A disproportionate number of those who are victims and perpetrators of knife crime are African-Caribbean. Mr Lawrence said the solutions would not be instant and that he was in it for the long haul. H