Lancashire Constabulary is leading a number of forces in developing new digital communications, including the much-vaunted public briefing via Amazons Alexa. Police Professional looks at how the force is taking its message directly into peoples homes. 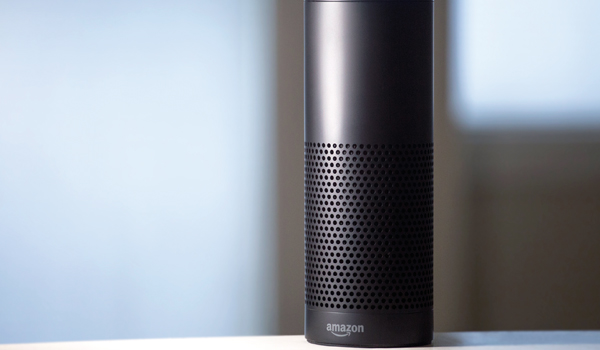 Lancashire Constabulary is leading a number of forces in developing new digital communications, including the much-vaunted public briefing via Amazons Alexa. Police Professional looks at how the force is taking its message directly into peoples homes. The cost of development has been minimal and the set-up relatively easy. But the success of a UK policing first in the use of smart technology to contact the public will be measured ultimately in being able to deliver key information and appealing to more people. Lancashire Constabulary is using Amazons voice activated Alexa app to deliver improved public engagement by streaming daily briefing straight to peoples homes. And initial reaction to the pilot project is encouraging. Reviews from Alexa users receiving news and information services from the force through their Amazon Echo devices have been positive. Within a week the force had six 5-star reviews in its favourable comments  with similar messages of approval on its Facebook and Twitter channels. In the first seven days since launch, there were 532 unique customers, and 1,002 plays. Lancashire Constabulary told Police Professional: We would like to develop the type of information we can provide via the Alexa as both briefings and custom skills that can inform of wanted or missing people, traffic reports following accidents or a major incident that may affect residents in Lancashire. The rise in use of voice-enabled technology is widely reported and this is a pilot project to test the usability and access over the long term. This is another tool in the armour for engagement with our communities. Alexa works alongside traditional policing methods to inform the public about the important issues in their neighbourhoods. The project  which will provide hourly updates and send pictures to the users device  was developed by PC Rob Flanagan, Lancashire Constabularys innovations manager, who worked with developers from Amazon to set it up. The cost of developing this has been minimal. There was a total of two meetings to discuss the idea and the rest of the work was done in our own time between two people, added the force. Users need to activate the Lancashire Police Skill within their Amazon Alexa app. Once activated they can ask Alexa, whats my flash briefing? or Alexa, whats in the news?, but it will not give a briefing without people requesting it. The Skill works by taking a feed from the constabulary news and relaying this information verbally via Alexa. It will also send the news or information articles direct to the users phone via the Alexa app to provide more detailed information and pictures. The force added: It is a very easy process that allows us to copy and paste an RSS web feed into a developer centre and then send to Amazon for approval. It said that more than ten per cent of all internet searches last year were via voice-enabled technology, and it expects that figure to rise to 50 per cent by 2020. This is a way of providing specific information directly. Potential users are unknown at present, however, at this stage, if we are able to deliver key information and appeals to more people, then we would consider it a success, said a force spokesperson. Lancashire Constabulary admitted it was unaware of the market penetration of the technology within Lancashire, and indeed, Amazon does not release hard numbers of product sales worldwide, let alone in the UK. But the force says it will review its own numbers of users in the coming weeks and months. PC Flanagan said the project was in its infancy, adding: We want to be at the forefront of this new technology to make it easier for the public to access the information they want to know. West Yorkshire Police has also just gone live with a flash briefing skill for Amazons Alexa designed to read the latest news and appeals direct from the force, while the technology has also been making inroads into other public services over the past few months. The Driver and