Police Professional examines the role of propaganda that creates a twisted view of utopia and serves to recruit and encourage violence in the name of jihad. 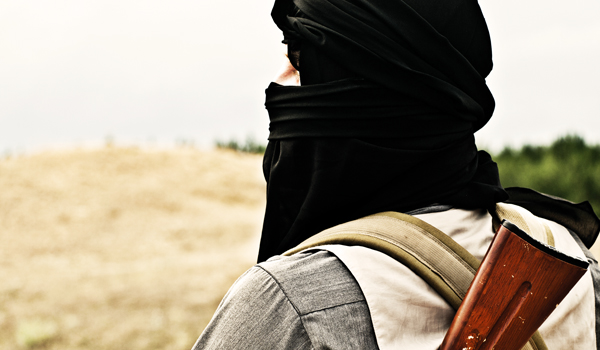 In the past two years, so-called Islamic State (Daesh) has been responsible for multiple terrorist attacks that have inflicted casualties across the globe. The Charlie Hebdo massacre in Paris in January 2015 can arguably be seen as the first of major atrocities in which it sought new targets and used new deadly methods of committing mass murder. Its recruits or followers were responsible for killing 130 in Paris, by rampaging shootings and setting-off explosives just ten months after the Charlie Hebdo event. The group was also responsible for bombings at transport hubs in Brussels in March 2016 that killed 32, the murder of 86 people with a further 458 injured when a 16-tonne truck was driven at a crowd in Nice in July 2016, and the shooting dead of 50 people in an Orlando nightclub in June 2016. Exactly a year after the Brussels bombing, mass murder at the hands of Daeshs followers returned to the UK when a man drove at pedestrians on Londons Westminster Bridge before stabbing PC Keith Palmer to death outside the Houses of Parliament. With the Manchester Arena explosion and London Bridge attacks following shortly after, its sights appeared to have zeroed in on the UK. This article will examine the increasing adaptability of Daesh operations, its funding and advertising mechanisms and assess how applicable the groups global threat is within the UK. Brief history The group can be traced back to the formation of Unity for Jihad (UFJ) in 1999. In 2004, UFJ pledged allegiance to al-Qaeda and renamed itself al-Qaeda in Iraq. The death of former leader Abu Musab al-Zarqawi in 2006 saw it take on the moniker Islamic State in Iraq. It then renamed itself Islamic State in Iraq and Syria (also known as Levent  Greater Syria  (ISIL)) after intervention in the countrys conflict in 2013. The Arabic acronym Daesh has been the preferred name for UK officials in recent years. Research by Europol, published last year, confirms that Daesh still poses a significant and long-term security challenge and possesses a significant amount of organisational and operational skills. It said that Daeshs actual shift to international targets took place in autumn 2015, with an attack on a Russian plane travelling to Egypt killing 224 people. Prior to that it had focused its operations within the so-called caliphate. In the following nine months the group was linked to more than 100 plots against the West. Figures for 2017 will be available for analysis next summer and are likely to detail the groups continued operational expansion. Multiple modus operandi The terrorist attacks of the early 21st century, such as 9/11, 7/7 and the Madrid train bombing, were characterised by large complex plots requiring months of planning and preparation. However, since 2015, as attacks at the Batalcan theatre and Charlie Hebdo demonstrate, groups such as Daesh have moved towards a more simple, lower-tech marauding approach using easy-to-get-hold-of weapons, or even homemade explosives. These attack vectors, while new to the UK, have been used by Daesh across Europe on previous occasions. However, their simplicity makes them exceedingly difficult to prevent. Just two weeks ago, a man thought to be Tunisian stabbed and killed two young women with a 20cm knife in Marseilles. The home-made explosive known as TATP (triacetone triperoxide) used in the Manchester Arena attack, had also been identified in the Paris and Brussels bombings. Dr Simon Massey, lecturer in international terrorism at Coventry University, says the trend in low-tech attacks makes countering the group more challenging, and the use of vehicles as a weapon is a clear, easy and obvious way of committing a nasty attack, and is expected to be copied. Daesh returned to the TATP bomb in September. The device was home-made, and luckily failed to explode, but the use of a timer in the Parsons Green Tube attack was a departure from anything that went before in the UK, though it has been used in numerous car and truck bombs wi