A youth football club in Sheffield is tackling extremism head on through sport. 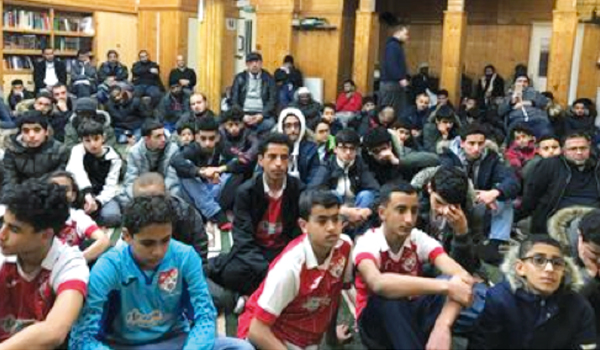 A youth football club in Sheffield is tackling extremism head on through sport. Aden Steelers FC is encouraging young people to take part in sports activities that divert them away from getting involved in anti-social behaviour or crime. South Yorkshire police and crime commissioner (PCC) Dr Alan Billings has awarded a grant of £4,500 to the initiative. What Aden Steelers are doing here is confronting a serious issue head on, he said. While coaching football to the local community, they are also engaging with young people who are at possible risk of being caught up in anti-social behaviour or crime, including extremism. Young people are potentially open to being influenced. Aden Steelers are using football as a way of engaging with young people, giving them good advice and putting before them good role models, people in their own community who they will listen to. The club has also arranged sessions to help young people: face down any pressures to become involved in extremism; prevent themselves becoming involved in crime and/or of being victims of crime; and see positive roles models within their community. They are aimed at ten to 16-year-olds, with parents encouraged to join in the workshops. Saleh Alnoud, Aden Steelers chairman, said: We have not only given these young people the opportunity to realise their footballing potential, but we have also identified issues affecting these young people and tackled them head on and in a way which suits their specific needs and expectations. We are grateful for the support of the PCC and intend to develop this ethos of the club further and take youth guidance through football to another level in the future.