In this, the second of a series of three articles, Dr Ian Hesketh and Dr Noreen Tehrani explore the current challenges faced by specialist roles within the UK police, specifically in relation to trauma exposure and psychological risk management. 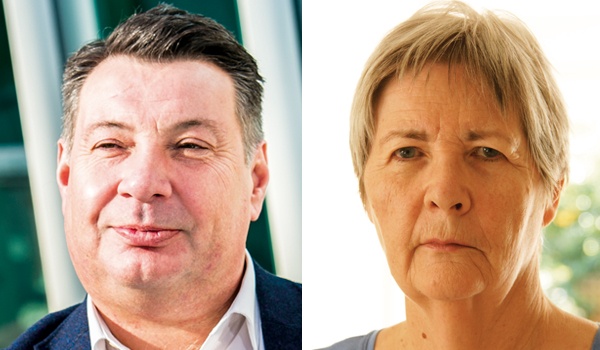 The purpose of all these articles is to raise awareness and equip officers and staff with information to help them in their daily lives and in managing others. To recap, the four working dimensions that we will focus on are: identifying the psychological risks faced in policing; describing those who may be directly or indirectly affected; selecting an approach to reducing the risks and mitigating the impact; and monitoring and evaluating the interventions. Landscape for specialists roles In the past, there were essentially two career paths for police officers: those who remained in uniform, and those who became detectives. For many, and somewhat controversially, the role of detective was viewed with more prestige than that of uniformed roles. Now, for many officers, becoming a detective no longer holds the same attraction. Over the past decade there have been significant changes to the detectives role, leading to a situation where, for some detectives, the work involves little or no detecting. Perhaps unsurprisingly, these changes have been accompanied by a fall in the level of interest in detective roles. This has resulted in some forces proactively seeking detectives internally, and advertising to transfer detectives from other forces. There is also an apparent increase in the practice of appointing officers (and staff) on restricted, recuperative and adjusted duties to detective roles. Furthermore, we have seen a propensity to break down the detective role into its constituent elements, and use staff or uniformed officers to carry out those tasks. Although this process of deconstructing the detective role has been welcomed by many, who jump at the opportunity to undertake challenging specialist roles, it is important to recognise that many of these specialist roles present a considerable mental challenge to even the most resilient police officers and staff. Specialist roles Some of the most psychologically challenging roles in policing include those dealing with child protection, domestic violence and family liaison. Other specialist roles have emerged with the development of technology, with computer science experts pitting their wits against online criminals dealing in fraud, drugs, guns, terrorism and child abuse. With this increasing complexity of crime there has been a need to develop groups of highly specialised teams of officers and staff. These demands enhance traditional functions, such as those in public protection, counter-terrorism, collision investigation, scene of crimes, undercover, forensic examiners and coroners officers. In addition to these dedicated officers and staff, there are many part-time specialisms, such as family liaison, negotiators and body recovery. It has been acknowledged, through numerous research projects, that these specialist roles carry a higher level of psychological risk. Most police forces have introduced some form of additional psychological support for their high-risk specialist roles  although there are still some who have not recognised this need. The level of psychological support in forces ranges from a simple annual meeting with a welfare officer or counsellor, to a comprehensive programme of psychological screening and surveillance. In these programmes levels of anxiety, depression, burnout, primary and secondary trauma, as well as their coping skills, resilience and personality, are tested  and those that are found to be experiencing difficulties referred for further assessment and support. However, this does not occur in all forces, leaving those with lower levels of support vulnerable. Not only does this leave the officers and staff with undetected psychological trauma, but increasingly leaves the force exposed to criticism by Her Majestys Inspectorate of Constabulary and Fire and Rescue Services, the courts or employment tribunals. Psychological impact of specialist work All staff and officers can experience high demands which can lead to stress, anxiety, depression and burnout, due to the depletion o