A temporary chief officer has been selected to lead the Scottish Police Authority (SPA) following a significant management restructure. 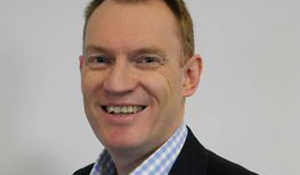 A temporary chief officer has been selected to lead the Scottish Police Authority (SPA) following a significant management restructure. Kenneth Hogg will join the SPA next month on a 12-month secondment from his current role as director for local government and communities with the Scottish Executive. Mr Hogg will have less accountability than his predecessor, John Foley, as his role recently lost operational responsibility for forensic services. The reform followed criticism by Her Majestys Inspectorate of Constabulary in Scotland (HMICS) of fundamental weakness at the top of the SPA. Mr Hogg said he is delighted to have been appointed to this role and is looking forward to working with colleagues across policing. Mr Foley announced his decision to take early retirement in August as the SPA set out structural changes to make the chief executive role redundant in its then-present form. Since October, director of forensic services Tom Nelson has reported directly to the SPA Board rather than the chief executive, after HMICS found the SPA had failed to deliver improvements in this area. SPA chair Andrew Flanagan also announced his intention to resign in the summer following concerns by MSPs about the SPAs transparency. Mr Hogg joined the civil service in 1990 and has since held various posts in both the Scottish and UK governments. From 2009 to 2012, he was director for safer communities where he helped lead reforms of policing and the fire and rescue service. Mr Flanagan said: [Mr Hogg] has a strong track-record in public service reform, financial accountability, engaging diverse stakeholders, encouraging participation and collaboration, and motivating and developing strong teams in high-profile areas of public service. All those capabilities fit well with the demands that come with the chief officer role, and it is of additional benefit that he has first-hand experience of the reforms to policing which underpin the structure and organisations we have today.