A police officer on an immediate response call and a woman have died in a Christmas Day road collision. 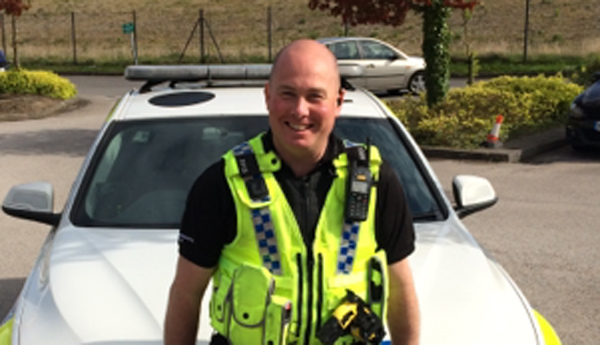 A police officer on an immediate response call and a woman have died in a Christmas Day road collision. The 45-year-old South Yorkshire Police officer was responding to an incident when the marked BMW 3 Series police car he was driving was in a head-on collision with a silver Citroen C3. Police Constable Dave Fields died at the scene and a 61-year-old woman from Sheffield, who was a passenger in the second vehicle, died later in hospital. A 63-year-old man who was the driver of the Citroen was taken to hospital where he remains in a serious condition. The force named the woman as Lorraine Stephenson and issued a statement on behalf of PC Fields`s family. Dave was a loving husband and dad of two, who was a dedicated officer committed to his job,” it said. “We are heartbroken by our loss and ask that our privacy please be respected at this devastating time. The accident happened near to Coisley Hill on the A57 in Sheffield at about 8.15pm on December 25. South Yorkshire Police said the officer was responding to an immediate incident when his BMW collided with the Citroen, which was travelling in the opposite direction. Assistant Chief Constable David Hartley paid tribute to PC Fields. “We have lost a friend and a colleague from our police family in this incident,” he said. “The officer has been with us for 12 years and was a passionate, professional and universally liked officer. “His colleagues, and everyone across the force, are devastated by what has happened.” He offered his sincere condolences to all of those left bereaved by this terrible tragedy adding that the thoughts, love and support of the whole force are extended to all those affected. “We are doing everything we can to support them through this difficult time,” Mr Hartley said. The incident has been referred to the Independent Police Complaints Commission.