A 24/7 social media contact scheme has generated a huge amount of interest across the service as a trial phase showed vulnerable sections of the community are now more likely to engage with the force. 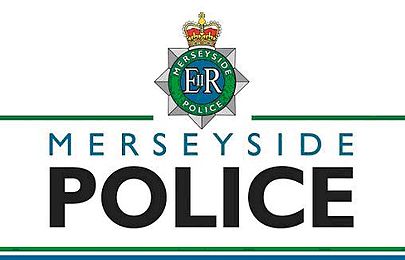 A 24/7 social media contact scheme has generated a huge amount of interest across the service as a trial phase showed vulnerable sections of the community are now more likely to engage with the force. Merseyside Police took a further leap into the digital age by rolling out a pilot project that allows people to report non-urgent crimes or get advice online via Facebook and Twitter platforms. Over the last six months it has been the only force in the UK to staff a dedicated Social Media Desk (SMD), giving the public online contact with the service 24-hours-a day, seven days a week. As five consultation resolution officers begin covering the full SMD service, feedback from the trial has already highlighted huge positives. Some 30 per cent of the public who would not normally contact the force have been in touch via the desk, Assistant Chief Constable Ian Critchley told Police Professional. People including disabled and the vulnerable see this as a different way to approach the police, he said. The SMD is reaching a significant proportion of the community who are comfortable with social media but have difficulty in picking up the phone or contacting the police normally. Social media provides them with a level of engagement that is better positioned for them, added Mr Critchley. Since the pilot was launched on August 1 last year, the Merseyside force has handled more than 6,000 significant contacts via the desk from as far afield as the US and Australia  with demand increasing each month. Theres been lots of interest nationally and internationally, he added. More than 20 other UK forces are now looking at introducing something similar with enquiries having been received from the Royal Military Police and as far away as law enforcement on the island of St Lucia. Merseyside operations manager Tony Jackson points out that the force is trialling the initiative on behalf of the service. While we are learning, other forces dont have to go through this, he said. While the SMD has been restricted to Facebook and Twitter platforms to date, it is ready to look at receiving and dealing with incoming reports via a range of approved social media sites  with Instagram and Snapchat future options. Handling reported crime queries on the social media platforms and being proactive with communities is the way forward. Mr Critchley highlighted its usefulness to date when 1,400 cars were destroyed by fire on New Years Eve  the SMD proved more than capable of dealing with the who, what, where to do in message dissemination. He insisted the service would complement rather than replace the current mechanisms for reporting crime. Mr Critchley said: “On average Merseyside Police receives 2,500 calls a day and weve established that between 1,800 and 2,000 of those are non-urgent and dont require immediate police attendance. We are committed to ensuring that our communities are at the heart of everything we do and we are constantly looking at ways in which we can improve our service to the public to become more efficient and effective. We know that we are in a fast-moving digital age and that in the last ten years we have seen a significant shift in the way that people communicate with each other and we want to make sure that Merseyside Police remains up to speed with those changes. We know that while some people will still want to use the phone, a growing number of people would prefer to use social media to make contact. Introducing a social media desk that is available 24-hours a day means we can offer that level of service. This is pushing out a message to best inform the public, releasing space for call handers, added Mr Critchley, conscious that demand on the forces non-emergency 101 telephone number has increased hugely in the last 12 months and discussions have been ongoing to establish how to reduce the volume of calls while still providing an effective public service. Mr Jackson added: By settin