Sir Bernard enters House of Lords as a life peer

Former Metropolitan Police Service (MPS) Commissioner Sir Bernard Hogan-Howe has been appointed to sit as a crossbencher in the House of Lords, Downing Street has announced. 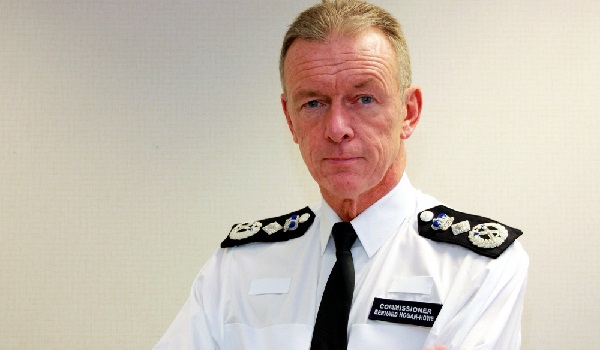 Former Metropolitan Police Service (MPS) Commissioner Sir Bernard Hogan-Howe has been appointed to sit as a crossbencher in the House of Lords, Downing Street has announced. Lord Hogan-Howe, who retired in February, has been made a life peer following his six-year tenure as the commissioner. Taking charge of the MPS in 2011 in the wake of the London riots, Lord Hogan-Howe faced challenging times of austerity in which he maintained officer numbers at around 32,000 despite decreases of around almost 15 per cent across the country. One way the MPS found savings was by selling off almost £1 billion in property assets over a five-year period, including New Scotland Yard in Victoria, central London. During Lord Hogan-Howes time as commissioner, London hosted the 2012 Olympic Games, a sporting event which saw 12,500 officers on duty at peak times in the capital. In the six years prior to Lord Hogan-Howe becoming commissioner of the MPS, London averaged more than 150 murders a year. This fell to 110 following his relentless approach to cutting crime. First pioneered during his time at Merseyside Police, his Total Policing strategy focused on cutting crime, costs and developing the culture of the force, as long as it was done legally and ethically. A recent rise in violent crime, particularly knife crime, was attributed to some of the 1,500 gang members arrested after he started being released from prison. His peerage was announced alongside four others who will also join the House of Lords. Former Bishop of London Reverend Richard Chartres and Sir Nicholas Houghton, former chief of the defence staff, are also on the list. And Sir Christopher Geidt, until recently private secretary to the Queen, will be made a peer, as well as Lord Chief Justice Sir Ian Duncan Burnett. Former Conservative MPs Mike Penning and Robert Syms are also set to be knighted.