Policing threw down the challenge to Theresa May today after she was accused of a “downright lie” in claiming officers` pay had risen by a third in real terms during the seven year public sector cap. 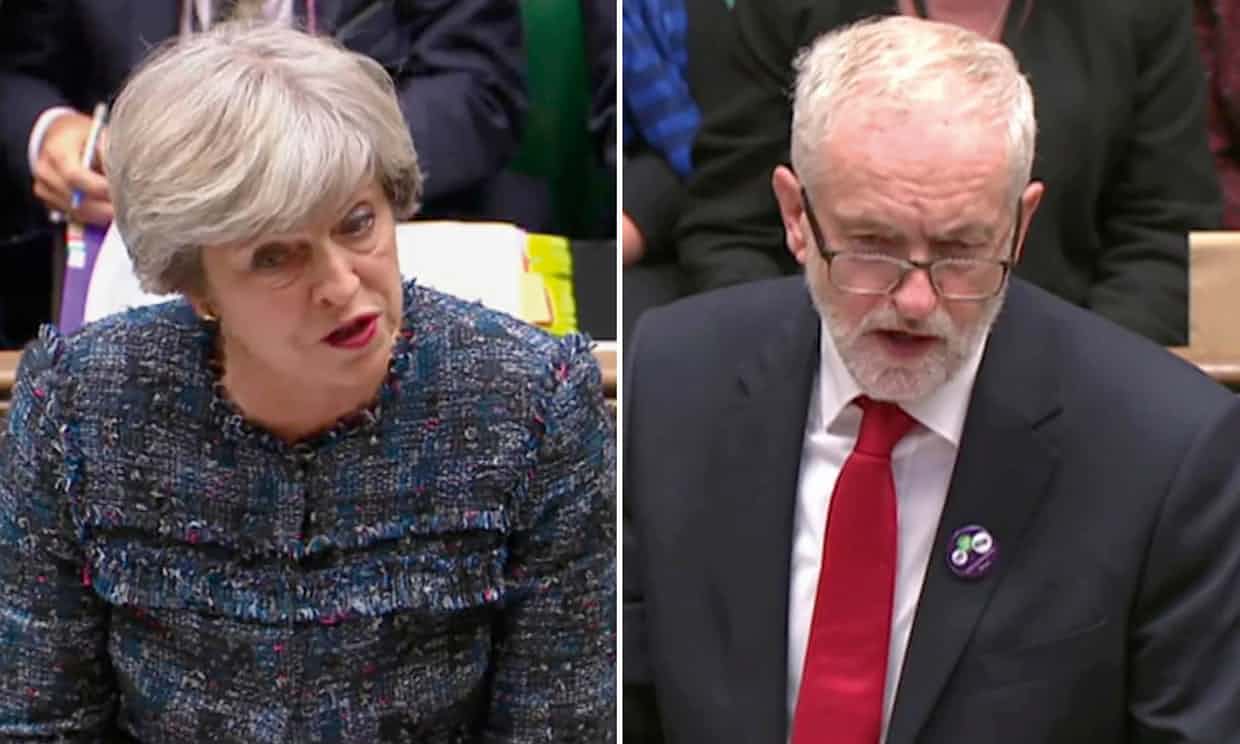 Policing threw down the challenge to Theresa May today after she was accused of a “downright lie” in claiming officers` pay had risen by a third in real terms during the seven year public sector cap. Chief officers, police and crime commissioners (PCCs) and staff associations united in condemning the Prime Minister for a “cynical deception” that meant, with no new money available this financial year, jobs losses will be the inevitable price of funding the Government`s backdated pay award. The Police Federation of England and Wales (PFEW) said remarks made during Prime Minister`s Questions (PMQs)  when Labour leader Jeremy Corbyn raised fears that “service cuts” could be used to pay for the end of the longstanding cap on public pay  showed Ministers had “lost touch with reality”. She refused to say whether any jobs would be lost following this week`s government announcement of a one per cent pay rise plus an additional “one-off” one per cent non-pensionable bonus for 2017/18  still effectively a pay cut because the rises are less than the rate of inflation, which hit 2.9 per cent in August. “Can the Prime Minister guarantee no more police officers will be lost as a result of the decisions she has made this week?” Mr Corbyn asked. Mrs May would not respond directly to his question, pointing out instead that the Government had simply taken the advice of independent pay review bodies. Then she made a claim, described by the PFEW as a “joke”, that a new police officer had seen pay rises of more than £9,000 since 2010  a real-terms increase of 32 per cent  thanks to “progression pay and basic annual salary increases and the increase in personal allowance that is a tax cut for people”. But Corbyn added: “Does she understand that inflation is now 2.9 per cent  so anything less means that dedicated public servants are worse off again and theyve been made worse off every year for the last seven years?” Mrs May said the Government needed to balance several things: “Protecting jobs in the public sector, being fair to public sector workers, and being fair to taxpayers who pay for it, many of whom are public sector workers. “There is a need for greater flexibility as we look at these issues of public sector pay in the future. Well be working on this in the lead-up to the Budget.” Downing Street was unable to clarify to Police Professional how the Prime Minister arrived at the 32 per cent real-term increase in her Commons statement, referring us to the Home Office. And, the Home Office was unable to provide any information on the claim  although it did put out a Police Welfare, Pay and Wellbeing factsheet yesterday, trumpeting the police service as an “attractive career”. The factsheet noted that officer salaries in 2015/16 were six per cent above professional occupations and 41 per cent higher “than wages in the wider economy”. It also said that officers` pay is topped up by a pension that is “among the best available” in public or private sectors. Mrs May was also derided on social media for claiming she had taken the advice of the Police Remuneration Review Body`s report main recommendation of a consolidated two per cent consolidated increase  which the Government chose to ignore. The PFEW said that while total pay had increased in nominal terms by two per cent between 2009 and 2016  in real terms it had fallen by 16 per cent. It explained that the Government`s hypothetical 32 per cent increase case was based on a new police officer starting on £23,000 in 2010 and now earning approximately £35,000. But it represents just four per cent of all officers, the PFEW maintains. “That figure does not apply to the majority of officers. More than 50 per cent of officers are at top of scale  so do not benefit from progression payments,” the statement said. The PFEW added: “The Government stating that police officers have had a 32 per cent pay rise since 2010 is a joke  and is in fact a downright lie. “It shows they have lost touch with reality, if the