A man has been jailed after attempting to import an obscene child-like sex doll, thought to be an unprecedented case in the UK. 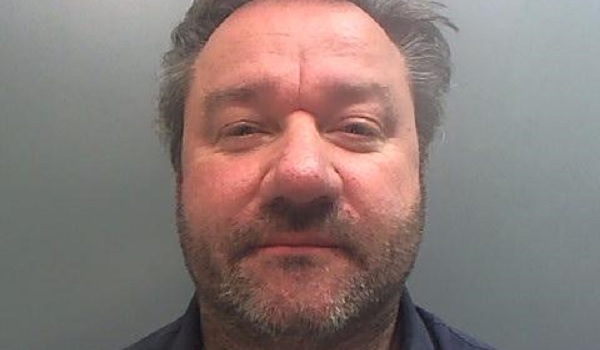 A man has been jailed after attempting to import an obscene child-like sex doll, thought to be an unprecedented case in the UK. Andrew Dobson, 49, from Crewe, pleaded guilty to a string of offences at Chester Crown Court on Friday (June 23) and was sentenced to two years and eight months in prison. The court heard how the investigation was launched following a vital identification at East Midlands airport on September 23, 2016. Border Force officers discovered a parcel from Hong Kong labelled as a mannequin, but when they opened the box, it contained a child-like doll addressed to Dobson.

The package was immediately withheld and Cheshire Constabulary was notified. Dobson was arrested at his home and indecent images of children were found on his computer. He admitted to buying the doll to use for his own sexual gratification, and to downloading child abuse images and movies online. Detective Constable Andy Kent, from Cheshire Constabularys Paedophile and Cyber Investigation Unit, said: Knowing child sex-dolls exist and are available for sex offenders to buy is sickening. For Dobson to go to great lengths to import one for his own sexual gratification shows the extent of his paraphilic interest in children. This conviction is the first of its kind for Cheshire, cases like these are also very rare across the country, however I want to make it clear that importing a child sex-doll is a criminal offence. Dobson should serve as an example to those who think they can also commit this crime for their own selfish needs. Hazel Stewart, from the National Crime Agency (NCA) child exploitation and online protection specialist operation team, said: These dolls are most often imported from China and Hong Kong and the sellers intentionally label the parcels as something else in an attempt to ensure they defeat checks. Importation of the lifelike dolls is a relatively new phenomenon and there is no offence of possession, only importing an obscene article. We know their purchase can indicate other offences against children. The NCA and Border Force coordinate law enforcement activity, carrying out intelligence checks and offering specialist advice every time these indecent and obscene items are seized at the border. Importers should expect to have law enforcement closing in on them. Julian Doughty, Senior Manager at the Fast Parcel Joint Border Intelligence Unit at Border Force, said: The Border Force detection at East Midlands Airport was the vital first step in the identification and conviction of an individual who was found to be involved in other serious offences against children. The importation of dolls likes this is a new phenomenon and Dobson is one of the first people sentenced in the UK in relation to such an item. Working closely with law enforcement partners, Border Force is determined to bring those involved in this type of offence to justice.