Short-term sentences for shoplifters with drug addictions ‘do not work’, says PCC

The police and crime commissioner (PCC) for Hampshire and the Isle of Wight has defended her views that “short-term sentences don’t work for drug addicts who steal”. 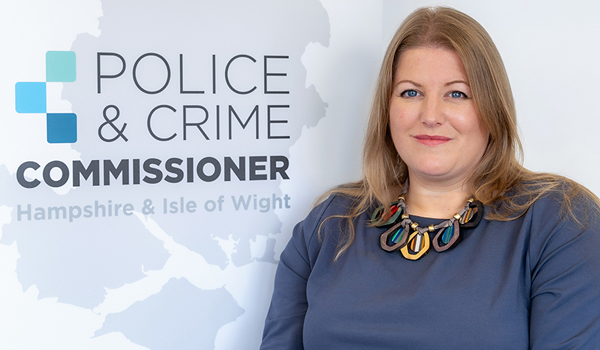 Donna Jones was responding to criticism by the Federation of Independent Retailers (NFRN) over comments she made in the national media at the weekend which suggested that ‘persistent shoplifters with drug addictions should be spared jail and prison reserved for more serious violent and sex offenders’.

NFRN national president Stuart Reddish condemned her comments as “completely out of touch with reality”.

But Ms Jones, the Association of Police and Crime Commissioners (APCC) joint lead for victims, said: “Short-term prison sentences for crimes such as shoplifting, often caused by drug addictions, do not work.

“Studies have proved time and again that on release these individuals reoffend, often within hours of release. To prevent shoplifting and the loss of goods to businesses, we need to consider the best ways to tackle the root cause of their criminal behaviour, which is addiction.

“Criminals need to either go to prison for longer, to serve a more meaningful sentence where they would have time to undertake rehab courses in prison, or agree to undertake a residential rehab programme outside of prison. The status quo, however, isn’t working.”

She also denied suggestions that victims should pay for the rehabilitation of offenders.

Mr Reddish said: “As Ms Jones is the joint national lead for victims within the APCC, I find her views and comments utterly bewildering and completely out of touch with reality.

“Following the latest elections in May 2021, our political engagement team and members have been meeting with PCCs across the country to urge them to include tackling retail crime in their five-year crime plans.

“The response so far has been positive, but the opinions expressed by Miss Jones completely undermine the work we are doing to highlight the scale and seriousness of these offences.

“Apart from the financial impact that shoplifting has on businesses, such incidents often escalate and lead to verbal or physical attacks on shop owners and their staff when the perpetrators are challenged.”

However, Ms Jones highlighted the success of a rehab scheme which has been pioneered in Birmingham that sees prolific retail offenders with severe drug addictions placed into residential rehab.

“This is an approach that I am in the early stages of exploring to see how it could be replicated in Hampshire and the Isle of Wight,” she said.

“The Birmingham initiative is funded through proceeds of crime money and supported by the Co-operative food chain.

“I was impressed by the work of the Co-op who have worked with the local police to identify the most high-risk offending individuals. I was encouraged to meet an ex-offender who has gone through the rehab programme and now ended a ten-year heroin addiction. This is someone who was stealing from the Co-op twice a day.

“This approach needs further consideration, but has proved it can work.”