It says the PSNI’s budget has fallen by more than £200 million in real terms, while demand has increased and the nature of crime has changed significantly.

In a report published today (April 28), Reducing Costs in the PSNI, Comptroller and Auditor General Kieran Donnelly said if the PSNI is to continue to manage in these circumstances it has to adopt a more strategic approach to reducing costs.

The report paints a picture of falling numbers, slashed budgets, increased absences, worsening crime rates and a more than doubling of officers on restricted duties.

“Despite significant cuts, a reducing headcount, and increasing demands, crime outcome rates and confidence in the PSNI have remained stable,” said Mr Donnelly. “However, the focus on short-term cost reductions means that it has been storing up problems for the future. Staff absence is at an all-time high and there is a backlog of building maintenance, which will need £27 million to deal with.

“It is essential that PSNI manages its budget in a long-term strategic way to address the issues that have been created as a result of top-slicing budgets over the last nine years.”

The Audit Office report said that in a bid to manage costs, the PSNI introduced a methodology called Priority Based Resourcing, (PBR). It was intended that this would identify quick wins to help ease financial pressures and result in a new approach to allocating resources in the longer term.

“PBR did not, however, deliver the anticipated strategic change and the focus turned very quickly to reducing headcount,” said the report. “The number of police officers fell by seven per cent and staff numbers by five per cent.”

As a result, the Audit Office said officers have come under pressure to maintain services, and staff absence has increased from an average of eight days in 2010/11 to 14 days in 2018/19. At the same time the number of officers on restricted duties has more than doubled.

The PSNI’s annual funding reduced by 20 per cent between 2010/11 and 2019/20, around £200 million in real terms. The report highlighted that this reduction was more severe than that experienced by most English and Welsh police services over the same period. While others have used financial reserves to offset year-on-year reductions, the PSNI has been unable to use this source of funding due to the unique budgeting arrangements in Northern Ireland. Consequently, dealing with funding reductions has been challenging for the PSNI.

Mark Lindsay, chair of the Police Federation for Northern Ireland, said losing £200 million from the PSNI budget has delivered great harm and will take time to fix. “Where there are fewer officers and hundreds of millions of pounds less to maintain the service, something had to give,” he said.

“That is why absences rose from eight to 14 days over a nine-year period. Doing more with less comes at a heavy price. For many officers, excessive work patterns and long shifts with poorly structured leave and rest days played havoc with their lives and the lives of their families. Slavishly following PBR left serious gaps and caused enormous damage. Against that fact, it is all the more remarkable that officer morale didn’t go into meltdown.”

Mr Lindsay said the problem was made worse because the PSNI could not build up any resilience.

“Unlike other forces in the UK, the rules in Northern Ireland prevented the organisation holding financial reserves, which could have cushioned against the worst effects of cutback and downsizing,” he added.

“Mistakes were made, and they have been acknowledged by the PSNI, and now we have to develop new ways of doing things, which place officer wellbeing and resilience at the heart of the strategy. Great harm has been inflicted and it will take time and commitment to repair the damage.”

Mr Lindsay said they were “beginning to see a turnaround” with a long-overdue increase in officer numbers. However, he said “hundreds more are required to get us to the 7,500, which was a peacetime minimum”, and which was a commitment in ‘New Decade, New Approach’ deal.

Between April 2011 and April 2019, police officer headcount fell from 7,195 to 6,660, while police staff numbers fell from 2,400 to 2,260, which the Audit Office report warned “presents a number of risks to long-term sustainability”, including “developing a significant gap” between actual staff numbers and the numbers that the PSNI’s analysis suggests it needs”.

“The PSNI desperately needs investment in estate and equipment to begin to deliver on longer-term savings,” added Mr Lindsay. “The Audit Office charts a course for the organisation and it is heartening that some of the recommendations are already being implemented.

“That said, the budget cannot stand still when demand for services is on the increase. It will be up to the Department of Justice, and the Executive, to properly resource the PSNI to deliver for officers and the general public they serve.”

The PSNI has said it plans to implement a new efficiency programme with a different approach and recognises the need to learn from the experience gained during 2015 to 2019. 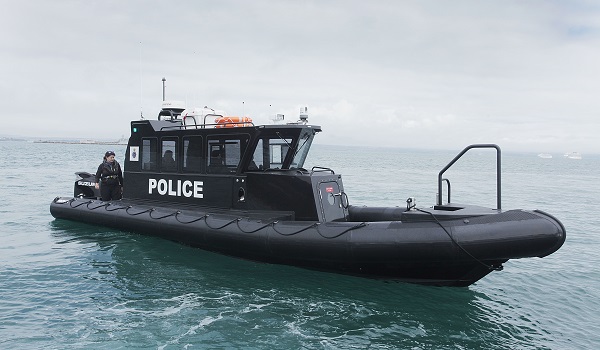