With the volume of shoplifting offences creating a dilemma for forces, Durham Constabulary has determined to ensure that all reports are dealt with and demand is reduced, and not just in the short term. 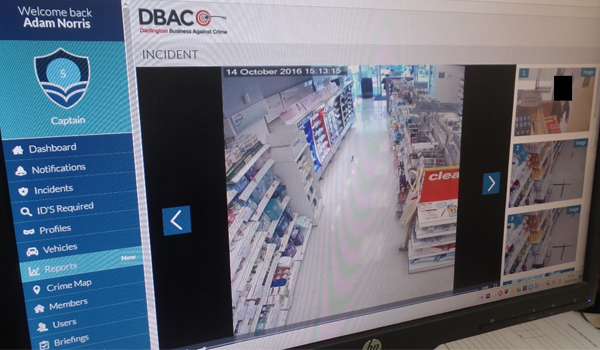 The Home Offices provisional budget for 2018/19 has made it clear that, if they are to stay on top of demand, forces must increasingly exploit the benefits of new technologies. At the same time, the service is wrestling with how to manage a significant growth in the demands on time and resources, so many forces have implemented policies that include non-attendance at low level offences, such as shoplifting involving goods with a value under £100 or £50. Durham Constabulary  one of only two forces recognised as outstandingly efficient by Her Majestys Inspectorate of Constabulary and Fire and Rescue Services  has considered how it should best reduce demands from shoplifting offences to both improve its investigative processes and deal with offenders before they go on to commit more crimes. Durham is not alone in seeing an extremely high volume of offences committed within retail outlets and shopping centres. However, while the policy to deploy officers only in cases where the value of stolen goods is above a certain threshold may reduce the demand on officers time, it does nothing to alleviate the harm caused by the offence. This harm is particularly felt on public confidence: figures from the British Retail Crime Survey show just 44 per cent of business owners think the police are doing a fair job of tackling offending, and 56 per cent described the response as poor or very poor. Not attending thefts may also lead to a long-term increase in demand, as offenders are left free to commit other acquisitive crimes, assaults or anti-social behaviour, and even go on to commit many more shoplifting offences. Technology is a major part of the solution  Durham Constabulary has turned to SentrySIS to facilitate self-reporting. Following a shoplifting offence, a crime alert is placed on force command and control systems to warn call handlers that a particular retailer is using the system, and so has self-reporting capability. Call handlers then provide the caller with an incident number, and the incident is assessed using the THRIVE assessment. If the offence is historical, the retailer is asked to upload its evidence to SentrySIS for analysis and potential crime recording. If the incident is ongoing, an officer is deployed to remove the suspect from the scene before the retailer is instructed to upload evidence ahead of a PACE (Police and Criminal Evidence Act 1984) compliant interview. So far, the initiative has proven successful. In one incident, officers were able to identify a male as a suspect for a theft at a local party store because his image had recently been uploaded to SentrySIS by staff in another shopping outlet. A survey of 50 officers found, on average, SentrySIS saved them 2.5 hours of demand, and because Home Office figures suggest every hour of police time costs £40, this works out as a saving of £100 per shoplifting offence. By the end of October, Durham Constabulary had received 200 reports through SentrySIS, resulting in 500 extra frontline policing hours being saved or £20,000. These saved hours are reinvested in engaging with offenders to disrupt and limit their potential for further offending. Low-level individuals can be referred to the forces Checkpoint programme, or its integrated offender management units, which so far are believed to have prompted around a 50 per cent reduction in offending. Meanwhile, given the 47.3 per cent reoffending rate for those given an out of court disposal  one of the most likely outcomes of a low-level shoplifting offence  it is estimated that failing to deal with offenders could lead to them committing another two non-shoplifting crimes within 12 months. This means that the potential benefits of early intervention through SentrySIS become even more significant. And given that the average time spent investigating low-level volume crimes in Durham is 40 hours, and the hourly rate of police constables is £25, preventing just two offences results in savings of £2,000. Simply put, by ignoring shoplifting offences, we would po