A force has published dramatic video footage filmed by a motorcyclist who died after pulling a wheelie to highlight the dangers of careless riding. 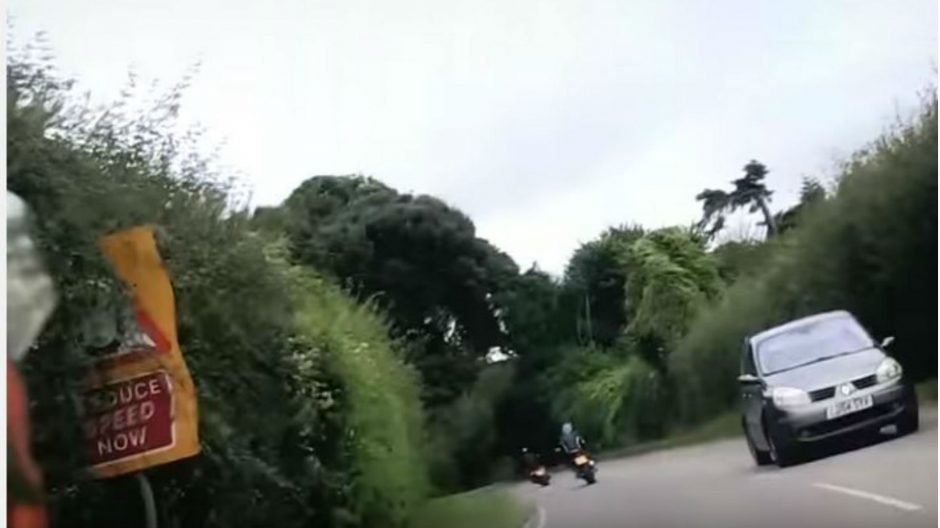 A force has published dramatic video footage filmed by a motorcyclist who died after pulling a wheelie to highlight the dangers of careless riding. The 47-second clip, which has been seen on YouTube more than 37,000 times, shows a tragic motorcyclist carrying out the stunt when he lost control and fell into the path of an oncoming van near to Goodwood, West Sussex, on August 7 last year. The family of the 50-year-old allowed the film to be shown to highlight the risks and impact of anti-social riding, and to encourage safe and sensible motorcycling. Surrey and Sussex Roads Police Unit is hoping the video, issued as part of the National Police Chiefs` Council`s upcoming National Motorcycle Week of Action, which begins on Monday (August 28), will prevent further deaths. Its aim is to reduce the number of collisions involving motorcyclists through education and enforcement. The forces are keen that the video  put out under the banner of Sussex Safer Roads Partnership  will make motorcyclists think twice. Sergeant Phil Badman said: “This was a tragic incident and some viewers may find this footage distressing, however it has been released with the full support of the victim`s family. “It is intended to show what can happen when you are not fully in control of your bike. “Motorbikes are powerful machines and they should be treated as such; failing to do so can lead to devastating consequences.” Sgt Badman said the rider had several years` experience and added: “The victim was an experienced rider who had enjoyed numerous outings with fellow bikers prior to this incident. “He and his friends were all wearing the appropriate clothing and safety equipment, and no one anticipated that this ride would be his last. “It was undoubtedly a hugely traumatic experience for all parties involved, and our thoughts remain with them.” Here is the video