Officers involved in the restraint of a 31-year-old man who died shortly after he was detained will face no charges, the Crown Office and Procurator Fiscal Service (COPFS) has confirmed. 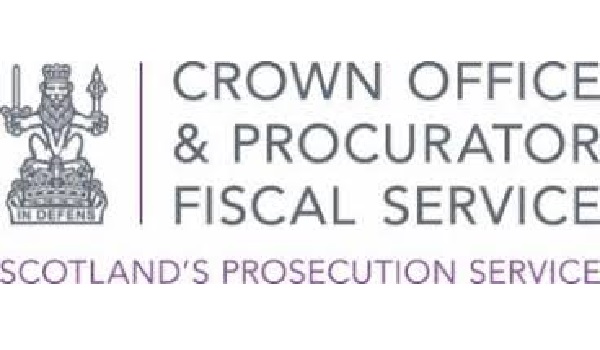 Sheku Bayoh, a father-of-two, died in Kirkcaldy, Fife, in May 2015 after having taken ecstasy and another drug called A-PVP, which has been linked to erratic behaviour.

Following his death, Mr Bayoh’s family launched a Victims’ Right to Review and the COPFS conducted an investigation “with professionalism, integrity and respect”.

Despite the decision not to charge any officers, Justice Secretary Humza Yousaf has said he is not ruling out the possibility of a public inquiry into the incident.

He met with Mr Bayoh’s family and their lawyer, Anwar Ahmed, following the ruling on Wednesday (October 3), in which he reiterated that “this Government shares the family’s commitment to getting answers”.

Mr Yousaf added: “First and foremost I want to pay tribute to the family of Sheku Bayoh who have, in the most tragic and difficult of circumstances, shown enormous courage in their commitment to establishing the facts around Sheku’s death.

“The Lord Advocate is wholly responsible for the investigation of deaths in Scotland and decisions about criminal proceedings are entirely a matter for the Crown. The family have informed me of the current status of the Crown investigation.

“As the First Minister has previously said, we are not ruling out the possibility of a public inquiry. That definitely remains an option, but it is a decision that we can take only once the process around criminal proceedings has been fully exhausted.

“Once this process has concluded I have committed that I will update the family and Parliament on any next steps.”

On May 3, 2015, Police Scotland received reports of a man behaving erratically and brandishing a knife in the street.

Mr Anwar insists Mr Bayoh was not carrying a weapon when he was stopped, but a knife was later found nearby

Officers used batons, CS spray, leg restraints and handcuffs to subdue the 31-year-old, and eyewitness reports suggested that they were kneeling and lying on him to restrain him.

Less than five minutes later, Mr Bayoh was discovered to be unconscious and an officer radioed for an ambulance.

Another five minutes later, an officer noticed that he was no longer breathing, and although the officers attempted CPR, Mr Bayoh arrived by ambulance at the Victoria Hospital – where his sister works – unresponsive.

Deputy Chief Constable Fiona Taylor said: “Our thoughts remain with Sheku Bayoh’s family and friends following his death three years ago, and we continue to offer support to anyone affected by this tragic incident.

“Police Scotland has been committed to cooperating with the Police Investigations and Review Commissioner and the Crown Office throughout the investigative process, and whilst this continues we cannot comment further.”

A COPFS spokesperson said: “The Lord Advocate, Senior Crown Counsel and officials from the Crown Office and Procurator Fiscal Service have met with the family of Sheku ‎Bayoh, and their legal representative,‎ to inform them of the status of this case.

“This has been a complex investigation, and COPFS appreciates that it has been a difficult time for Mr Bayoh’s family and for all those involved.

“The Crown‎ has conducted this investigation with professionalism, integrity and respect.

“It is committed to ensuring that the facts and circumstances surrounding the death of Sheku Bayoh are fully aired in an appropriate legal forum and, to that end, it has discussed possible next steps with a small number of colleagues in the justice system.

“In order to protect any potential proceedings and to preserve the rights of the family, the Crown will not comment further at this stage.”