A new test that can quickly detect cocaine ingestion could offer much wider benefits for law enforcement and medical practitioners. Police Professional reports. 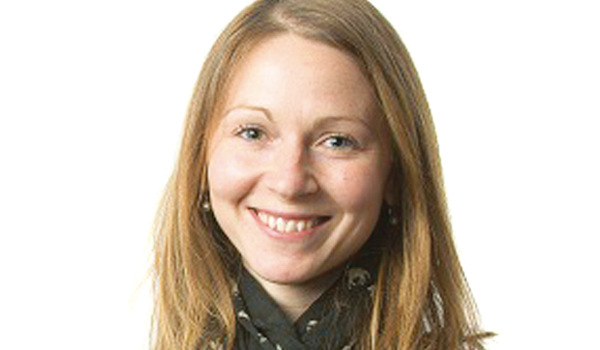 A new test that can quickly detect cocaine ingestion could offer much wider benefits for law enforcement and medical practitioners. Police Professional reports. They call it the Swiss army knife of forensic science and it has the potential to dramatically change crucial elements of the criminal justice system. Last week, researchers from the University of Surrey, working in collaboration with the Netherlands Forensic Institute, announced they had developed a test that is able to determine almost instantaneously whether a person has used cocaine, using nothing more than a piece of paper and a fingerprint. The test is the latest in a series of practical forensic applications for a technique known as paper spray mass spectrometry, which can be used to determine the identity of a specific substance by measuring the mass of its molecules. Paper spray mass spectrometry has also been used to identify counterfeit versions of high-value perfumes and other cosmetic products. Tests not only identified fake versions of expensive products, but also that many of these contained chemicals likely to produce allergic reactions. Another test can distinguish between different types of beer, including one leading brand from the Brazilian beer market that has regularly been faked. Researchers were able to identify authentic and fake beers, as well as the different brands, with 100 per cent accuracy. They have also used paper spray mass spectrometry to analyse ink from ballpoint pens. A team used the process to identify the different chemical signatures produced by the six most commonly used brands of ballpoint pen. Separate tests were then carried out to determine how quickly each of the inks degrade after being exposed to light. Using this information, the team was able to produce a feasible method for use in forensic investigations by analysing the specific properties of old inks from archived documents, determining where fresh ink lines overlapped old ones and subsequently detecting alterations in questioned documents. Researchers declared it was an excellent analytical tool in forensic chemistry, acting like a Swiss army knife after using it to analyse the chemical profile of inks used in a new generation of Brazilian banknotes to help prevent counterfeiting. In the case of the new drug test, a fingerprint is sampled on chromatography paper, which is placed on a mass spectrometer and developed using chemicals. A small electrical charge is sent through the paper that releases the molecules and sends them into the spectrometers analyser and detector, which measures and records the mass of the molecules. When cocaine users metabolise the drug, they excrete traces of benzoylecgonine and methylecgonine, and molecules of these chemical indicators are present in fingerprint residue. The team tested 39 subjects, of which some were users and some were not. The test turned out to be 99 per cent effective and the average test time was 30 seconds. As the technique relies on the presence of metabolites, which are continuously secreted by the body, it works even if the subject washes their hands. While other methods, such as swabs, prove that an individual has been in contact with cocaine, the new test will only return a positive result in those that have actually consumed the drug. The method could, in theory, be used to test a variety of drugs and the team has already been able to detect heroin. Researchers have also added a fingerprint identification step into the process, which in a real-world application would ensure the sample came from the person meant to take the test. In addition to a host of law enforcement uses, such as roads policing, the test could potentially be used in any situation where drug use needs to be ascertained, such as workplaces, hospitals and treatment centres. The test could also be used in emergency situations, such as overdoses. Quickly running a few tests could allow paramedics or doctors to determine what sort of substances might be responsible. “Pa