New figures for 2020 show 61 offenders had their sentences increased after they were challenged by the Attorney General and Solicitor General (the Law Officers) who thought they were too low. 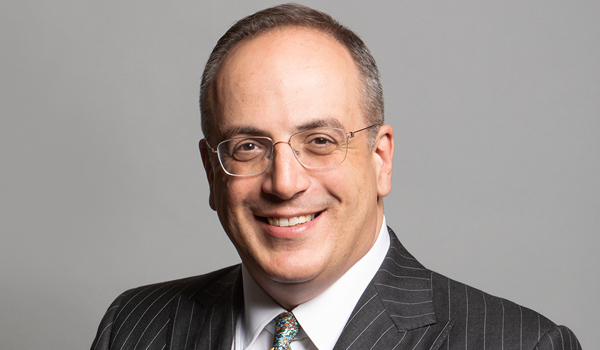 These included a serving police officer who was jailed after being found guilty of manslaughter and two men who were caught by ‘decoy’ undercover officers after attempting to commit sexual activity with children online.

Under the Unduly Lenient Sentence (ULS) scheme, victims of crime, members of the public and the Crown Prosecution Service can ask for certain Crown Court sentences to be reviewed if they believe they are too low. Only one referral is required for it to be considered by the Attorney General’s Office.

Attorney General Michael Ellis QC said the statistics show that “in the vast majority of cases judges get it right”. There has also been a fall in the number of referrals for sentences to be reviewed.

The scheme also allows judges to provide guidance to assist sentencing for future cases. In 2020, the Attorney General’s Office identified, in referrals received, a group of cases involving three offenders who engaged in sexual communications with people who they thought were children or their parents – they were in fact communicating with undercover police officers or vigilante groups. The Attorney General raised these cases with the Court of Appeal. As a result the court provided guidance, which emphasised that where a defendant sets out to sexually abuse a child, even though there is no child, the sentence should reflect the seriousness of the harm the defendant had intended to cause that child.

The Law Officers received 552 applications for sentences to be reviewed that met the necessary criteria to be considered under the ULS scheme. Of these, 97 were referred to the Court of Appeal. The Court of Appeal agreed that 61 sentences were too low, and as a result they were increased. Five people were imprisoned after avoiding a prison sentence at their original sentencing. In a further 16 cases, the Court of Appeal agreed that it was right to ask for the sentence to be reviewed (known as ‘granting leave’) but these sentences were not ultimately increased.

Of the 61 offenders who were referred to the Court of Appeal, these related to crimes in the following categories:

Commenting on the scheme’s performance in 2020, Mr Ellis said: “The ULS scheme allows anyone, including victims of crime, to ask for a review of certain sentences they believe are too low. In 2020, this meant that over 60 criminals had their sentences increased and many more victims and their families had a second chance at justice.

“In the vast majority of cases judges get it right, but the scheme remains an important tool to ensure that cases can be reviewed where there may have been a gross error in the sentencing decision. It’s not just about increasing sentences, the scheme also provides an important avenue for my office to ask the Court of Appeal for guidance, to help shape the sentencing framework and ensure more consistent sentencing for complex cases.”

The ULS scheme came into force on February 1, 1989. It was introduced after public outcry over the lenient sentencing of the offenders involved in the 1986 rape of a 21-year-old. The victim was brutally raped by a gang of burglars at her father’s vicarage.

The scheme was extended in 2017 to include an additional 19 terror-related offences, and again in 2019 to cover more sexual offences as well as coercive control and stalking and harassment involving violence.

The first ever ULS hearing took place in July 1989 for a man who committed incest on his daughter and had his sentence doubled from three to six years.

Timothy Brehmer, 41, was a serving police officer and had been having an affair with Claire Parry for around ten years. On May 9, 2020, after an argument, Ms Parry sent a text message to Brehmer’s wife from his phone, stating that he was having an affair. Brehmer then met with Ms Parry and took hold of her neck and compressed it with such force that she lost consciousness, causing neck injuries resulting in her death. Brehmer then cut himself with a pocketknife and claimed that he had been stabbed by his victim. On October 28, 2020, Brehmer was found guilty of manslaughter and sentenced to ten years and six months’ imprisonment at Winchester Crown Court. His sentence was referred to the Court of Appeal under the ULS scheme and on March 19, 2021, the Court increased it to 13 years and six months’ imprisonment.

Matthew Millen and others

Four men who each separately attempted to commit sexual activity with children online had their sentences increased under the ULS scheme. In doing so, the Court of Appeal clarified that where this involves a decoy or undercover officer, rather than a real child, some discount may be appropriate but it remains important that the sentence reflects the seriousness of the culpability and intentions of the offender.

Matthew Millen, 44, promised to pay a man £300 to sexually abuse the man’s daughter. Unbeknown to Millen, however, the man was an undercover police officer and Millen was subsequently arrested. Millen was sentenced to three years’ imprisonment on December 4, 2020 at Southampton Crown Court. The Court of Appeal increased his sentence to seven years’ imprisonment under the ULS scheme.

George Vasile, 40, began messaging an online dating profile, unaware that it had been set up by an undercover police officer posing as a 12-year-old girl. He was sentenced to a two-year community order on November 17, 2020, at Basildon Crown Court and was ordered to complete 150 hours of unpaid work and 60 days rehabilitation activity. The Court of Appeal increased his sentence to two years’ imprisonment suspended for two years following a referral under the ULS scheme.

Lee Crisp, 38, engaged in sexual communication with a profile set up by a member of ‘paedophile hunter’ group posing as a 13-year-old girl. Crisp was sentenced to 12 months’ imprisonment, suspended for two years on January 4, 2021, at St Albans Crown Court. Following a referral by the Attorney General’s Office, the Court of Appeal increased his sentence to two years’ imprisonment, suspended for two years.

Carl Keirle, 32, engaged in sexual communications with a 15-year-old girl. He was sentenced to a three-year community order on December 18, 2020, at Portsmouth Crown Court. The Court of Appeal increased his sentence to two years and six months’ imprisonment following a referral by the then Solicitor General.

Aaron McWilliams, 29, committed a number of serious sexual offences against at least 21 young children in his care. He forged documents to obtain jobs looking after children as he was already the subject of a sexual harm prevention order. After his arrest, police found images on his phone which led them to discover the extent of his sexual abuse. He was originally sentenced on November 2, 2020, at Woolwich Crown Court to life with a minimum term of nine years. On May 21, 2021, the Court of Appeal increased the minimum term to 12 years. The Court of Appeal gave guidance about the setting of minimum terms for the most serious sexual and violent offenders. The court clarified that the minimum term should be calculated with consideration to the fact that offenders of these types of crime are now only eligible for release once they have served two-thirds of their sentence, rather than half.

In the early hours of October 12, 2019, Barney Coyle, who was 23 at the time, killed a stranger in a one-punch attack. Coyle had been kicked out of a kebab shop in Surrey after acting aggressively and throwing punches at a customer. At the same time, Jamie Smith, 24, was waiting to get a minicab home after an evening out with friends. When his cab arrived, Coyle, who he had never met before, jumped into the car. Mr Smith asked the offender to get out of the cab. Coyle got out of the car and punched Mr Smith forcefully in the head from behind, knocking him unconscious and causing him to fall backwards and hit his head on the ground. He was taken to hospital but had suffered a fatal brain injury and subsequently died. On January 6, 2020, Coyle was sentenced to seven years and six months’ imprisonment for manslaughter at Guildford Crown Court. On March 19, 2020, the Court of Appeal increased his sentence to nine years and nine months’ imprisonment.

John Berry, 32, attacked his former partner in her home on July 24, 2017; strangling her, and repeatedly striking her body and head. She sustained seven separate facial fractures, resulting in a fractured cheek and jawbone. Her spleen was also ruptured, and her injuries were such that were usually found to be as a result of a high-speed car collision. On November 2, 2020, Berry was convicted of causing grievous bodily harm with intent and sentenced to nine years’ imprisonment at Chelmsford Crown Court. His sentence was referred to the Court of Appeal under the ULS scheme and on May 7 the Court found Berry to be a dangerous offender and imposed an extended determinate sentence of 15 years’ imprisonment followed by five years on licence. The Attorney General, Michael Ellis QC personally presented the case to the Court. In referring and presenting this case, the Attorney General acted independently of government and in the public interest.

Between January 2015 and June 2017, Reynhard Sinaga, 37, preyed on vulnerable, predominately heterosexual male victims, luring them into his Manchester flat under the pretence of helping them, before drugging them and raping them. He was charged with 136 counts of rape. After four trials Sinaga was also sentenced to a total final sentence of life imprisonment with a minimum term of 30 years on January 2020. In a landmark hearing at the Court of Appeal, the then Solicitor General Michael Ellis QC argued that the sentence was unduly lenient and that a whole life order should be imposed or that the minimum term should be increased. The Court of Appeal gave guidance about the circumstances in which a whole life order can be imposed but declined to do so in these cases. The Court however agreed that Sinaga should serve at least 40 years in prison before they can be released.

Simon Finch, 50, was formerly employed by two major defence companies which provide contracted services to the Ministry of Defence. Finch’s personal circumstances began to deteriorate after he was arrested for carrying a hammer and a large kitchen knife in public. He was sentenced to 16 weeks’ imprisonment, suspended for 12 months in 2016. He did not tell his employer of the conviction. Finch subsequently made a series of complaints about the way he was treated by the police. In February 2018 he left his job and began to plan the unlawful disclosure, recording from memory highly sensitive details of a UK missile system. In October 2018, he deliberately sent the information to several recipients. He was arrested at his home address in Swansea in March 2019. On November 10, 2020, Finch was sentenced to four years and six months’ imprisonment at the Old Bailey. He was also made the subject of a five-year serious crime and prevention order. Following a referral to the Court of Appeal under the ULS scheme, on March  2, the sentence was found to be unduly lenient and has been increased to a sentence of eight years’ imprisonment.