The president of the Family Division of the High Court has said the nation will have blood on its hands after being forced to release a suicidal teenage girl is released from secure custody. 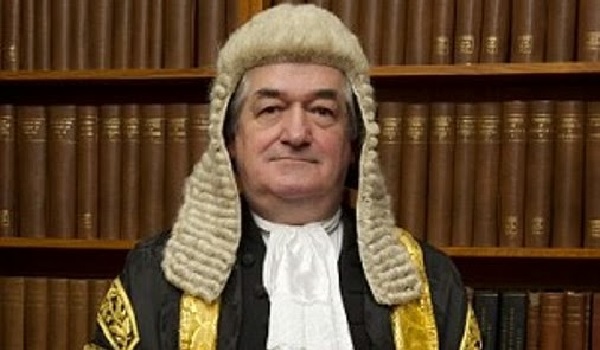 The president of the Family Division of the High Court has said the nation will have blood on its hands after being forced to release a suicidal teenage girl is released from secure custody. Sir James Munby said he felt ashamed and embarrassed that no hospital place had been found for the unnamed 17-year-old when she is due to be released from youth custody in 10 days. During the latest hearing in July, he noted that the girl  identified as X  has made determined attempts to commit suicide many times. X was convicted at a youth court and has been detained in custody for almost six months. According to staff at the unit where the girl is being held  referred to as ZX  sending her back to her home town would be a suicide mission to catastrophic level. They also believe it will be no longer than two days within her release before X has made a successful attempt on her own life, as she is currently checked every 50 seconds when she is in the shower. An earlier ruling heard how staff had witnessed her self-harm by repeatedly banging her head and face against a wall. In June, a youth court judge ordered that a proper plan be put in place for her care, but she was addressed as not meeting the threshold for a medium secure unit because the risk she poses was to herself and not others. Instead it was decided she needed a place in a low secure unit, however, only six exist in the country, and there is a six-month waiting list for a bed. Sir James said this highlights the disgraceful and utterly shaming lack of proper provision of the clinical, residential and other support services in the UK. He continued: If, when in 11 days time she is released from ZX, we, the system, society, the state, are unable to provide X with the supportive and safe placement she so desperately needs, and if, in consequence, she is enabled to make another attempt on her life, then I can only say, with bleak emphasis: we will have blood on our hands. We are, even in these times of austerity, one of the richest countries in the world. Our children and young people are our future. X is part of our future. It is a disgrace to any country with pretensions to civilisation, compassion and, dare one say it, basic human decency, that a judge in 2017 should be faced with the problems thrown up by this case and should have to express himself in such terms. Prof Wendy Burn, the president of the Royal College of Psychiatrists, said: We cant speak about individual cases but we know that some mental healthcare units are desperately short of suitable beds. This is not the first time that a young person who requires a specialised, more secure provision has been left without adequate care to meet their needs. This places both them and their carers in a vulnerable position. Sir James noted that the Royal College of Psychiatrists called for adequate emergency care pathways to be implemented as a matter of urgency in a 2015 report into under-18s admitted for mental health treatment. Its alarming to see that two years later, children are still not getting the support they need, Ms Burn added. NHS England insists every effort will be made to find appropriate care for X. A spokesperson said: We have heard the comments from the judge and completely agree that a solution must be found. Sarah Brennan, Chief Executive of YoungMinds, added: This case should never have reached this crisis pitch – if the right care had been available earlier it is very likely she would not be in such crisis and danger today. “It is shocking that in 2017 we cannot find the appropriate care for a young person in such desperate need, even when there is a recognised duty of care. Coming out of the Youth Justice system makes it even more complex, and they must also accept responsibility for her care. High quality support must be available for those who need treatment in hospitals, and it is equally vital that this support continues when they leave hospital and are back in their community. The