With the number of older drivers on the roads rising rapidly, there is concern that the danger they pose is also increasing. Police Professional looks at the proposals to limit the casualties from those who are no longer fit to get behind the wheel. 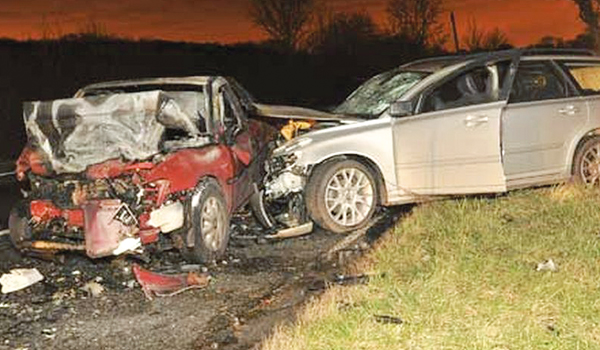 Just after midnight on January 9, Cambridgeshire Constabulary received reports of a car being driven north along the southbound carriageway of the A1(M) close to Sawtry. Officers were dispatched to the scene where they witnessed the vehicle travelling in the wrong direction and forcing oncoming traffic to swerve out of the way. As a result, decisive action was taken to avoid a catastrophic collision. The driver, a pensioner, was arrested and later reported for dangerous driving. Although there were no reports of any damage or injuries, the incident is the latest in an increasing number of accidents, near misses and miscalculations involving elderly drivers. The issue is a growing concern for police forces across the country, which find themselves dealing with an increasing number of incidents. Almost every force now has a section on its website dedicated to providing advice to elderly drivers. Most forces also offer home visits to assess those who have concerns about their wellbeing. Last November, following a number of incidents with ageing drivers involved in collisions, Essex Police issued an appeal to elderly drivers to consider the repercussions of their decision to continue to drive. And Hampshire Constabulary, which has the highest number of elderly drivers outside London, held a series of educational sessions last September aimed at helping older drivers make a decision about whether it was time to stop getting behind the wheel. Sergeant Rob Heard said: Our advice is dont wait until you have a near miss, or worse, an accident, to convince you to review your driving ability or to stop driving. Instead, take preventative measures by planning ahead, and seeking advice and support early. DVLA figures show that more than 4.5 million of the 39 million people holding a driving licence in the UK are aged over 70. Last year, the number of drivers aged over 90 topped 100,000 for the first time. An estimated 500 driving licences are currently held by those aged 100  a figure that has increased by more than 300 since 2013. Under current legislation there is no upper limit beyond which driving licences will not be issued, but motorists over the age of 70 need to renew their licence every three years by completing a self-assessment form. The form asks the driver to judge whether their eyesight, physical mobility, energy level, decision-making capability and medical and driving history make them eligible for a licence. Official government guidance suggests a family member fills in a separate copy of the form to compare with that of the driver, but in reality, many drivers simply renew their licences with no independent assessment of their abilities. In March 2011, 89-year-old retired GP Turner Waddell was driving from his home in Andover Down, Hampshire, when he turned onto the A30 near Old Basing. He drove for about a mile in the wrong direction on the dual carriageway at speeds of up to 60mph. Other motorists flashed their lights and beeped their horns. Waddell then collided with a car being driven by 28-year-old Neil Colquhoun, who died at the scene. The day before the crash, Waddell had failed an eye test. He received a nine-month suspended sentence after admitting causing death by dangerous driving. Earlier this month, 95-year-old Gertrude Lister was convicted at Reading Crown Court of causing death by dangerous driving. She had been visiting her husbands grave at Braywick cemetery in Bray, Berkshire, on Valentines Day last year. But as she arrived, she pressed the accelerator instead of the brake and her car struck and killed cemetery worker Paul Mills, who was on only his sixth day in the job. His death is one of several incidents in which an elderly driver has had pedal confusion. Philip Bull, aged 90, killed 49-year-old Deborah Clifton and her partner, Clare Haslam, 44, last March when he mistook the accelerator for the brake of his Ford Focus in a hospital car park. On Christmas Eve 2016, 87-year-old David Lord pressed the accelerator instead of the brake a