Security risk to UK identified if EAW is not replaced

Justice in the UK faces a “cliff edge” scenario if a new deal is not struck on the extradition of criminal suspects after Brexit, peers have warned. 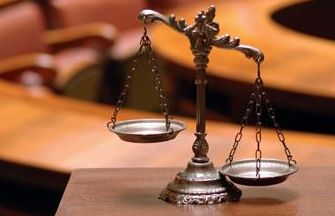 Justice in the UK faces a “cliff edge” scenario if a new deal is not struck on the extradition of criminal suspects after Brexit, peers have warned. Britain must negotiate a replacement to the European Arrest Warrant (EAW) in time for leaving the EU in March 2019, according to the House of Lords EU Home Affairs Sub-Committee. Failure to find an alternative would pose an unacceptable risk to the UK, the select committee declared. Under EAW terms, EU member states must arrest and transfer suspects to the country where they are wanted for trial or detention. Committee chair Lord Jay said member states had transported some 1,000 individuals since the EAW was set up  including would-be terror attackers. But the report warned of a cliff edge after Brexit  especially since the Government wishes to cut all ties to the European Court of Justice (ECJ), which oversees the warrant. “An operational gap between the European Arrest Warrant ceasing to apply and a suitable replacement coming into force would pose an unacceptable risk,” it said. Lord Jay added: “Less than three years ago, Theresa May, in her role as home secretary, opted to maintain the UK`s involvement in the European Arrest Warrant, thereby accepting the European Court of Justice`s role in overseeing the European Arrest Warrant. “She stated that it was in the national interest to retain cooperation with other EU countries in order to keep the British public safe. “Now as then, the safety of the people of the UK should be the Government`s overriding consideration. “In March 2017, the Home Secretary, Amber Rudd, said that it was a priority for the Government to ensure that we remain part of the European Arrest Warrant arrangement. “This is welcome, but it was not clear to the committee how this objective will be compatible with the Government`s plans to remove the jurisdiction of the court of justice, let alone other aspects of the UK`s withdrawal from the European Union.” The committee heard evidence that a “phased process of implementation”, which the Government says it wants, is likely to mean accepting, at least in part, the jurisdiction of the ECJ. However, a transitional arrangement might be difficult to secure if the UK has left the EU and withdrawn from other EU-related arrangements such as the Charter of Fundamental Rights, EU data protection laws, and laws on EU citizenship, leaving the prospect of a “cliff-edge” scenario. If the UK fails to secure new extradition arrangements with the EU, the `default` outcome would be to revert to the 1957 Council of Europe Convention on Extradition as an alternative legal basis. The committee heard evidence that this would be counterproductive and inefficient, and not an adequate substitute. Concern regarding the UK losing access to crucial, shared anti-terror information if it leaves the jurisdiction of the ECJ was expressed by former Deputy Prime Minister Nick Clegg in May. Brexit on Prime Minister Theresa Mays terms could pose a direct threat to our national security, Mr Clegg said. The Liberal Democrats Brexit spokesperson warned Britain faces exclusion from the second-generation Schengen Information System, and with it the link to thousands of people wanted under the EAW. The Lib Dems said access to the system, which also affects alerts on suspected foreign fighters, is limited to countries that abide by the ECJ.