Security plans in place ahead of Conservative Party Conference in Birmingham

Armed officers and high-visibility patrols will be in place as part of the security operation for the Conservative Party Conference in Birmingham. 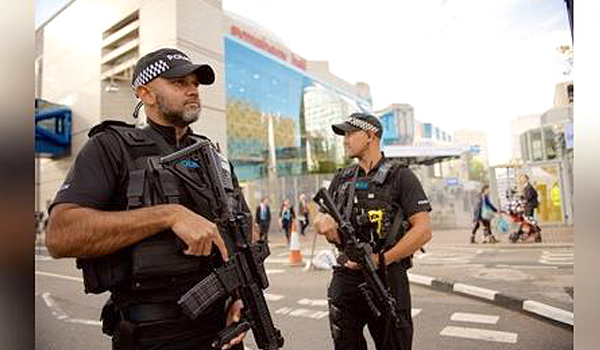 West Midlands Police said the operation had already begun as its prepares for the opening of the conference on Sunday (October 2).

It added: “This is a major event for the city and our force, with more than 11,000 delegates visiting Birmingham over the duration of conference (which runs until October 5).

“We have established an excellent reputation as a conference force in recent years, and this is the seventh time we have mounted this type of complex, multi-faceted operation in the city.

“Additional officers will be carrying out high visibility patrols in the vicinity of the International Convention Centre (ICC), and armed officers will also be out on patrol during the conference.”

West Midlands Police said the security operation has been months in the planning and has involved close working with Birmingham City Council, the ICC, Hyatt Regency Birmingham and many other partners.

“Throughout this week work will be underway to secure Hyatt Regency Birmingham and the ICC ahead of the start of the conference, which will involve a number of road restrictions,” it said.

Nearby residents and businesses have been sent a letter explaining how they will be affected by the security operation.

The force said restrictions will be lifted and the security operation will scale down when the conference ends on Wednesday, October 5.

Chief Superintendent Phil Dolby, who is leading the operation, said: “We’re proud to be able to play our part in this event and are confident that we will provide a safe and secure environment for all those who attend the conference and for everyone who lives and works in Birmingham.

“I want to stress that there has been no specific intelligence received relating to a threat to the conference and everything we are doing is as a precaution.

“Members of the public are our eyes and ears on the ground in the city and I’d remind anyone who sees anything suspicious or that causes concern to speak to one of our officers or call 101 as soon as possible.”