Scotland is on course to become the first country in the world to have a statutory code of practice on the use of biometric data and technologies for policing and criminal justice purposes. 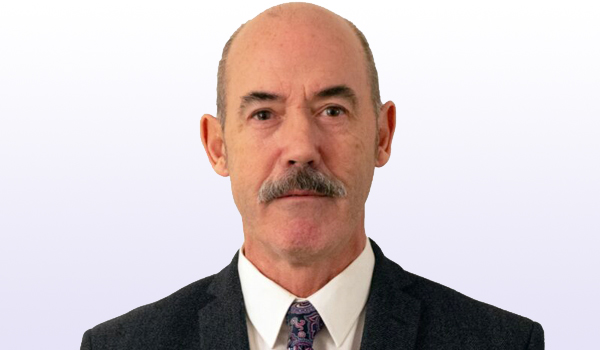 Regulations are expected be laid before the Scottish Parliament on September 7 to introduce the code on a statutory basis with a view to it taking legal effect on November 16, 2022.

Dr Brian Plastow, who was appointed as Scotland’s first Biometrics Commissioner in March last year, said the new framework seeks to “support and promote the adoption of lawful, effective, and ethical practices”.

He added: “The benefits to policing is that the code addresses current gaps in legislation and provides a ‘statutory guide and framework for professional self-assessment and decision-making’ by the bodies to whom the code applies to assist them in current and future decisions around the adoption of new and emerging biometric applications and technologies.

“This would include, for example, issues such as mobile biometric solutions which have not yet been introduced in Scotland.”

Dr Plastow, who was previously lead inspector for Her Majesty’s Inspectorate of Constabulary in Scotland, said one of the features of the legislative framework in Scotland is that the definition of ‘biometric data’ adopted within the Scottish Biometrics Commissioner Act is much broader than the rest of the UK (where the Protection of Freedoms Act 2012 covers only DNA and fingerprints).

“In Scotland, my functions extend to independent oversight of the use of fingerprints, DNA, photographs and other images or recordings for policing and criminal justice purposes and also to the source biological materials from which a biometric data record can be created,” he said.

“Another unique feature of the legal framework in Scotland is that the legislation made provision for the introduction of a statutory code of practice in Scotland, backed by a public complaints mechanism for data subjects, and the power to require information to ensure compliance with the code.

Over the past 17 months since taking up office, Dr Plastow said he has “consulted extensively” on the content of a draft code of practice and has received “exceptional levels of cooperation and support from the national bodies in Scotland to whom the code will apply”, including Police Scotland, the Scottish Police Authority and the Police Investigations and Review Commissioner.

He said: “In April 2021, I received the consent of Scottish ministers to lay the draft code before the Scottish Parliament.

“The draft code was then approved by the Scottish Parliament without amendment, and the Criminal Justice Committee also called on Scottish ministers to consider expansion of my remit in Scotland to include other areas of the criminal justice portfolio, such as prisons.”

Dr Plastow said he has now received consent from Scottish ministers for the draft code to be brought into effect without amendment under section 12 of the Scottish Biometrics Commissioner Act 2020.