A number of studies have been conducted into brain activity and could assist with identifying influences on criminal responsibility, the credibility of memories and how much witnesses statements can be influenced by people they like. 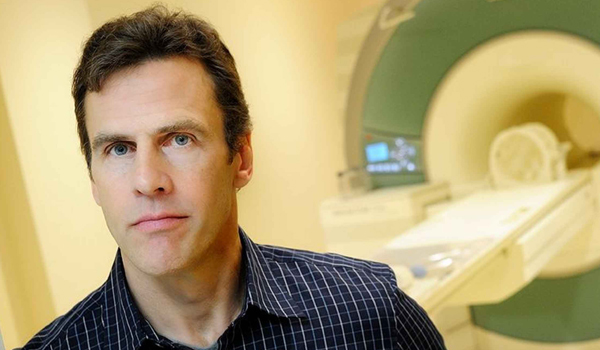 A founding principal of criminal law is the notion that no one can be held responsible for a crime unless they act with mens rea  the Latin phrase for a guilty mind. For a judge and jury, determining whether someone acted knowingly or recklessly during criminal activity can have a huge impact on the outcome of a trial. New research by a team of scientists at the Virginia Tech Carilion Research Institute suggests that, in many such cases, brain scans could provide a definitive answer. The researchers scanned the brains of 40 people  a mix of men and women, mostly in their twenties and thirties  as they engaged in scenarios that simulated trying to smuggle something through a security checkpoint. In some cases, the people knew for certain they had contraband in a suitcase. In others, they chose from between two and five suitcases, with only one containing contraband, meaning they could not be sure they were doing anything illegal. The risk of getting caught also varied based on how many of the security checkpoints had a guard conducting searches. Using non-invasive functional brain imaging and machine-learning techniques, in which a computer learns to find patterns in data, the scientists accurately determined whether the research subjects knew drugs were in the case, which would make them guilty of knowingly importing drugs, or whether they were uncertain about it, which could mean they were innocent. The researchers showed that knowing and reckless mental states corresponded to detectable neurological states, and that those mental states can be predicted based on brain imaging data alone. In doing so the researchers provided the first neurobiological evidence of a detectable difference between the mental states of knowledge and recklessness, an exploration that historically has been confined to the courtroom. People can commit exactly the same crime in all of its elements and circumstances and, depending on their mental states, the difference could be one would go to jail for 14 years and the other would get probation, said Professor Read Montague, who headed the research team. Predicated on which side of the boundary you are on between acting knowingly and recklessly, you can differentially be deprived of your freedom. However, the researchers cautioned that the assessment of the mental state of a defendant should not be reduced to the classification of brain data. In principle, we are showing these brain states can be detected when the activity is taking place, Professor Montague said. Given that, we can start asking questions, like which neural circuits are engaged by this? What does the distribution look like across 4,000 people instead of 40 people? Are there conditions of either development, states of mind, use of pharmacological substances, or incurred injuries that impinge on these networks in ways that would inform the punishment? He added: Scientists and lawyers speak different languages. A translation goes on when you bring these groups together that gives new meaning to interdisciplinary. Lawyers think of people as being conscious and deliberative, and the law sees people that way  you are an independent agent and you make choices for yourself. That picture ignores the scientific fact that 99 per cent of the decisions made in your nervous system never make their way to consciousness. You are being driven by things to which you dont even have conscious access  that difference was something we had to work through to design the experiment. Experiments are continuing and by viewing more brain images from people committing mock crimes, it should be possible for the scientists to work out exactly which areas of the brain are involved, and how differences in development, the drugs people take, and mental disorders, change brain activity patterns. If the findings are replicated in future work, such scans could help us understand how criminal categories equate to different levels of criminal culpability, though the team behind the research is the first to adm