The family of Lockerbie bomber Abdelbaset al-Megrahi has lodged a fresh appeal against his conviction five years after his death. 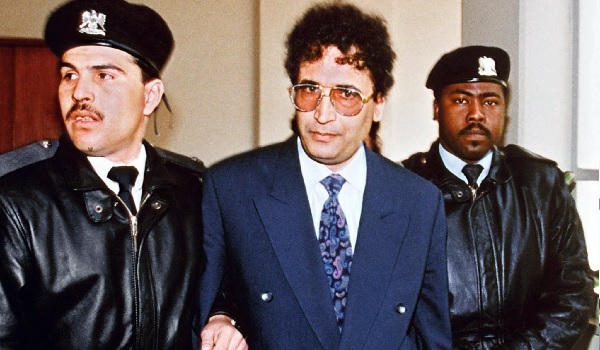 The family of Lockerbie bomber Abdelbaset al-Megrahi has lodged a fresh appeal against his conviction five years after his death. Lawyer Aamer Anwar joined family members to hand files to the Scottish Criminal Cases Review Commission (SCCRC) in Glasgow on Tuesday (July 4). Gerard Sinclair, chief executive at the SCCRC, said it would give careful consideration to the application. Megrahi was convicted in 2001 of the 1988 plane bombing in Dumfries and Galloway, which killed all 243 passengers and 16 crew, as well as a further 11 people on the ground. He was sentenced to 27 years in prison, but he was released on compassionate grounds in 2009 after he was diagnosed with prostate cancer. He died three years later. In 2002, Megrahi lost an appeal against his conviction, with the SCCRC recommending that he should be granted a second appeal in 2007. He dropped his second attempt to overturn the conviction in 2009, but his widow Aisha and son Ali met Mr Anwar late last year to discuss a posthumous appeal. Ali Megrahi, 22, said he is 100 per cent certain his late father was innocent. The launch of the application for an appeal on behalf of the Megrahi family is a milestone on the road to prove that the verdict against my father was unsafe. I trust that the Scottish authorities will correct this unjust verdict, he added. Mr Anwar said: “The reputation of Scottish law has suffered both at home and internationally because of widespread doubts about the conviction of Mr al-Megrahi. “It is in the interests of justice and restoring confidence in our criminal justice system that these doubts can be addressed. “However, the only place to determine whether a miscarriage of justice did occur is in the appeal court, where the evidence can be subjected to rigorous scrutiny.” Mr Sinclair added: “In particular, we will immediately be looking to see that this fresh application fully addresses the matters which we identified as missing from the application in 2015 and in particular provides access to the original appeal papers from Mr Megrahi`s solicitors. “If the commission accepts the application for a full review there are several important considerations which will affect the timescale within which we will be able to deal with this matter, including any new lines of inquiry and the fact that the membership of the board has completely changed since the original referral in 2007.”