A collaboration between the old and the young has resulted in the production of a video on online safety that aims to educate all generations about the risks of cybercrime. The Think Before You Click short film warns that young people can be just as vulnerable as the older generation, who are often viewed as an easy target by cyber criminals and fraudsters. 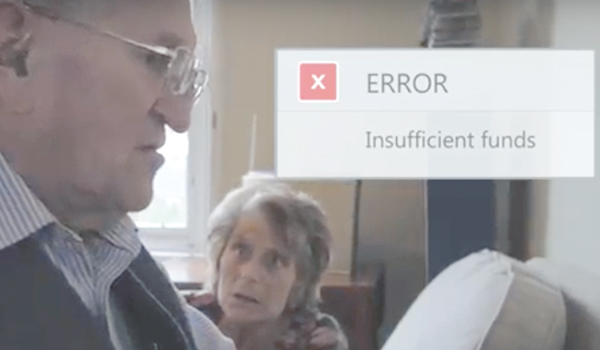 A collaboration between the old and the young has resulted in the production of a video on online safety that aims to educate all generations about the risks of cybercrime. The Think Before You Click short film warns that young people can be just as vulnerable as the older generation, who are often viewed as an easy target by cyber criminals and fraudsters. The video was produced by members of the Sussex police and crime commissioners (PCC) youth and elders commissions, in conjunction with Fixers, a national charity that works with young people about issues which matter to them. Sefton Dosi, 22, from the Sussex Youth Commission, said: The opportunity to make a film with both the Sussex youth and elders commissions working together demonstrates that both young and old people can work together to achieve what will be a knowledgeable film to educate people surrounding online safety. It was good to see both groups agreeing on an idea and working together to overcome any issues. A fine example of how both young and old can integrate and benefit from one another. The short film was based on research that shows internet users can make themselves 80 per cent safer online by following two golden rules: create a strong password and update your system regularly. Detective Inspector Rob Walker, from the joint Surrey and Sussex Cyber Crime Unit, said: Your data is an extension of who you are today: you exist as an entity on lots of different systems so if they know your date of birth, National Insurance number and so on, they can potentially obtain loans and credit cards in your name. Sometimes criminals wont use that information immediately; they may wait a year before using it. Online safety is just as important for the younger generation because, although they dont have assets, their accounts can be used for money laundering or they can be a future target for criminal enterprises. If they havent got the safest behaviours engrained into them then they are going to be just as vulnerable as the older generation. Sussex PCC Katy Bourne added: Around a third of the 2,300 residents interviewed during the Elders Commissions Big Conversation last year were confident using computers and the internet but more than 500 were not. Not many had firewalls or anti-virus software in place and too many had easily identifiable passwords. Older people are likely to make more desirable targets for criminals and this certainly seems to be the case in Sussex. As people live longer, they may also become increasingly vulnerable, particularly to fraud. We know that criminal gangs are deliberately targeting our older residents because they may have substantial savings and can be more trusting. Nationally, though, younger people are most likely to be victims of fraud which is why this video is aimed at residents of all ages and backgrounds. The message is simple: create a strong password and make sure your system is updated regularly. Ms Bourne said Sussex Police has developed Operation Signature  approved as best practice by the National Police Chiefs Council in April and adopted by seven other forces across the country, with a further 25 set to follow suit  a pioneering programme to protect older people from fraud. The Operation Signature process follows up on reports by local residents, particularly the elderly, of unwelcome or suspicious phone calls, emails or personal approaches asking them to invest or seeking money in other ways, she added. Police officers, police community support officers or Victim Support workers will visit and offer advice, including ways of resisting further approaches; police also work closely with local charities, including Age Concern and Brighton-based Time to Talk Befriending, to offer support. Ms Bourne said that in the 12 months to the end of March 2017, Sussex Police dealt with reports from 918 people who had received such approaches, and officers and partners visited every one with advice and support. Almost two-thirds of victims w