The Home Secretary has promised “lessons can be learned” after announcing a two-pronged assault on terror and its consequences. 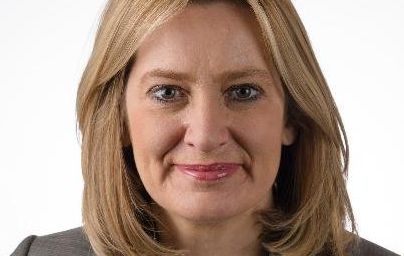 The Home Secretary has promised “lessons can be learned” after announcing a two-pronged assault on terror and its consequences. Amber Rudd has agreed to a counter-terror strategy appraisal and an independent review of how the UK handled the recent terror atrocities which left 36 people dead. Ms Rudd told MPs she intended to tackle a “new phase of global terrorism” in the wake of attacks in Westminster, Manchester, London Bridge and Finsbury Park. She said the four attacks had seen “36 innocent people dead and over 150 hospitalised”, adding: “A tragic loss of innocent life.” Ms Rudd reiterated more must be done to “defeat ideologies of hatred” by tackling the extremists who seek to “radicalise and weaponise” young people in Britain. She said: “Doing more also means asking difficult questions about what has gone wrong. “In light of the terror attacks in London and Manchester, Britain`s counter-terror strategy will be reviewed to make sure the police and the security services have what they need to keep us safe. “In addition to this, there will be a review of the handling of recent terror attacks to look at whether lessons can be learned about our approach. “I`m pleased to announce that David Anderson, former independent reviewer of terrorism legislation, will be overseeing it.” MPs heard that 13 plots linked to or inspired by Islamist extremists were foiled between June 2013 and the Westminster Bridge attack in March this year. Ms Rudd added that five plots have been prevented since March, with three Islamist plots succeeding  while the Finsbury Park attack has also taken place in which a van driver targeted an area busy with worshippers attending Ramadan night prayers at the nearby mosque. She said: “We must do more to defeat ideologies of hatred by turning people`s minds away from violence and towards pluralistic British values. “We must make sure that these ideologies are not able to flourish in the first place. We must do more to force tech companies to take down terror-related content from their platforms. “And we must also do more to identify, challenge and stamp out extremism that lurks in our communities.” Ms Rudd said that is why the Government wants to set up a Commission for Countering Extremism. Shadow Home Secretary Diane Abbott said ministers should focus on boosting police resources over creating more laws, adding: “Cuts have consequences.” She told MPs: “We will look at all legislative proposals that the Government brings forward on their merits but we believe that resources are at the heart of this, not just new legislation.” Ms Abbott pressed the Home Secretary to commit to halting cuts to policing budgets and asked whether “austerity still applies to our safety”. Meanwhile, a survivor of the London Bridge atrocity has called for police forces to use different sirens during terror attacks, claiming the move would gain vital minutes and save lives. Kimberley Shearer, 27, said it is only a matter of time before terrorists strike again and she worries that people on the streets have become “immune to sirens”. Eight people were killed when three terrorists ran down pedestrians on London Bridge and went on a stabbing rampage in Borough Market on June 3. Ms Shearer was on her way to the Shard for a silent disco with her best friend, but stopped off in the London Grind pub near London Bridge to shelter from the rain. She watched in horror as the terrorists began their rampage, saying the scene descended into chaos as people tried to figure out what was happening. It was only by checking Twitter the pair realised they were caught up in a terror attack and took shelter in nearby restaurant. Ms Shearer added: It all changed when someone charged towards the door and it started to dawn on us. We still dont know to this day whether that was one of the terrorists. We didnt know how many people there was, whether they had, guns, knives, bombs. We werent told to shut the doors until five, six minutes in.” Ms Shearer has since s